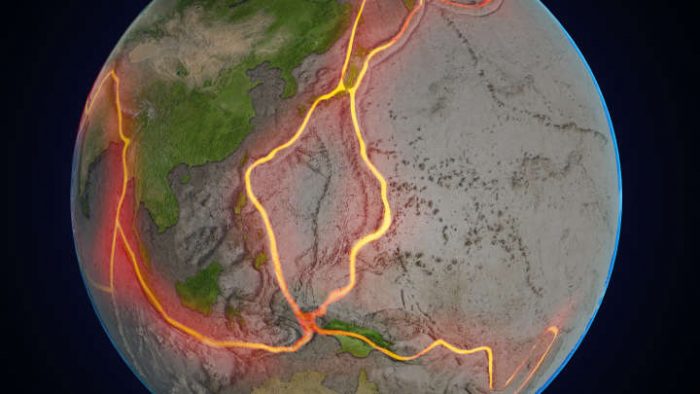 New data suggests that the upper parts of Earth’s mantle are around 60°C (108°F) hotter than previously expected.

The mantle is the layer between our planet’s super-hot core and outer crust, and it plays an incredibly important role in things like earthquakes, volcanic eruptions, and tectonic shifts. But despite the impact the mantle has on our planet, scientists have always struggled to pinpoint its temperature, and new research suggests our previous estimates were off the mark.

If the new estimates made by scientists at the Carnegie Institution of Science in Washington DC are verified, it would mean the mantle is melting shallower than previously expected, and it could change the way we predict earthquakes and volcanic eruptions.

Researchers have always known that the mantle was hot; if it wasn’t, we wouldn’t have volcanoes, seeing as the mantle is the source of most magma.

And the planet’s tectonic plates also wouldn’t shift around like they do – something that requires the rocky layer to be molten at times. But we also know that the majority of the mantle is solid – which means scientists aren’t quite sure what temperature it is.

One of the reasons measuring the mantle is challenging is because it’s incredibly big – around 2,900 km (1,802 miles) thick, making up a huge 84 percent of Earth’s total volume – and it behaves differently at different pressures and depths.

And although some parts of the mantle are molten – particularly near tectonic plate boundaries and mantle plumes, where magma sometimes spew out onto the surface – the majority is solid rock, but it can behave plastically due to the immense amount of pressure it’s under. 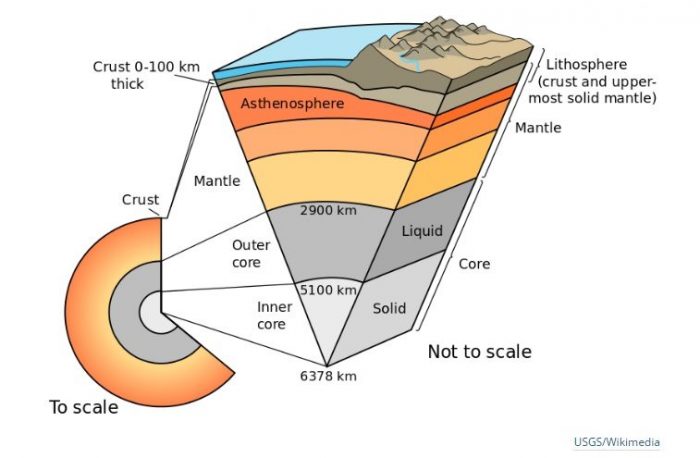 The overall heat can be measured by something known as ‘potential temperature‘, which “is a quantification of the average temperature of a dynamic system if every part of it were theoretically brought to the same pressure,” a Carnegie Institution press release explains.

It’s that temperature that we use to estimate what the Earth is made up of, and how things such as earthquakes, volcanic eruptions, and tectonic plate shifts will happen.

But now new research suggests we’ve been measuring the temperature wrong all along, and Earth’s upper mantle at least might actually be significantly hotter than we expected – on average, 60°C hotter, to be specific.

The new estimates are based on the fact that the Earth’s upper mantle is more affected by the presence of water in its minerals than we’ve assumed in the past.

The upper mantle is thought to be made up mostly of a type of rock called peridotite, which generally melts at around 1,200°C.

One of the most common ways to measure the temperature of the upper mantle is to analyse lava emerging from mid-ocean ridges – an underwater mountain range where two plates meet and hot mantle is drawn up and partially melts.

That sounds simple enough to measure the temperature of, but these measurements need to take into account the amount of pressure the mantle is under when it begins to melt – something which shifts peridotite’s melting point.

More importantly, researchers need to know how much water the mineral was exposed to, seeing as peridotite is sensitive to small amounts of hydrogen dissolved in minerals within the rock.

In damp conditions, the melting point of peridotite is dramatically lower than in dry conditions, regardless of pressure. That means the depths at which the mantle rock starts to melt and well up to the surface will be different if the mineral contains water.

But this is something that many potential temperature measurements haven’t taken into account, despite the fact the upper mantle is thought to contain water at amounts between 50 and 200 parts per million in its minerals.

So to more accurately measure the temperature at which this would melt, the researchers, led by Emily Sarafian, have used a new technique to add a quantifiable amount of water into mantle samples through tiny particles of the mineral olivine.

This allowed them to more accurately measure the melting point of peridotite under mantle-like pressures in the presence of known amounts of water.

They found that the potential temperature of the mantle beneath the oceanic crust is on average around 60°C higher than previous estimates – with some parts much hotter than that.

“Our experimental results indicate that mantle potential temperatures along all ocean spreading centres are hotter than existing estimates,” the team writes in Science.

“The highest temperatures found at the Reykjanes Ridge may potentially require an increase up to 1,530°C. A hotter interior has important implications for key mantle dynamic parameters such as viscosity.”

This is important, because if the mantle melts at a hotter temperature than we assumed – and is generally hotter than previously thought – it could change our understanding of the Earth’s composition.

“These results may change our understanding of the mantle’s viscosity and how it influences some tectonic plate movements,” said Sarafian.

So far, this is just one experiment, so it’s too soon to change the estimates of mantle temperatures. Further verification and testing of the new technique is needed by other teams.

It’s also unclear whether the mantle melts consistently at a certain temperature.

The new start melting point “assumes that the derivative of melt fraction with temperature is fixed,” geologist Paul D. Asimow from the California Institute of Technology, who wasn’t involved in the research, wrote in an accompanying perspectives piece on the research.

“Determining whether this is so will require further work.”

But the fact that we now have a new way to more accurately measure the melting point of one of the most important and influential parts of our planet is a pretty big deal.

Hopefully in future we can use this to better understand some of the strange phenomena we see on the surface.

The research has been published in Science.