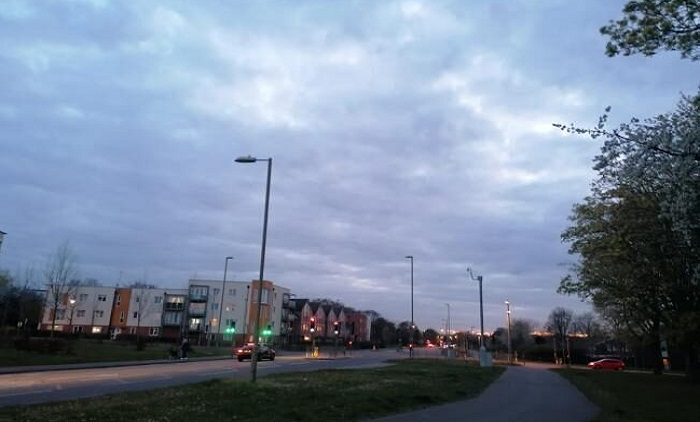 By Ryan Evans
via Basingstoke Gazette

Neighbours came out onto the streets at around 6.50pm when a noise took them by surprise.

The sound could be heard as far as Cliddesden with two dog walkers hearing the sudden noise.

Mystery surrounds the cause of the bang so far, with residents speculating it could be related to aircraft.

One woman said: “All my neighbours came out of their houses and all the homes shook, mainly the floors. Quite scary. And then there was a massive flock of birds across the sky.”

Another told The Gazette: “It made the ground and houses shake and birds scatter.

“It happened about an hour ago. I’ve heard a few people saying there was a deep loud bang similar to when buildings have been exploded in the past.

“A few people are describing it as possibly a sonic boom however I have Flight Radar Tracker and there have been no military jets going over today.”

When a Gazette reporter headed out to Popley to investigate this evening the scene was very quiet.

Reports of a bomb disposal unit on Carpenters Down also proved incorrect, contrary to posts on social media.