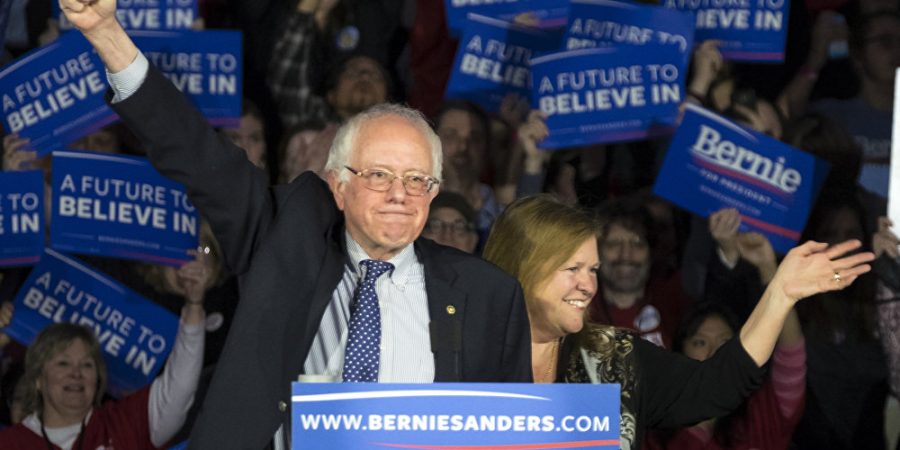 Bernie Sanders Plans to Run for Re-election in 2018

Senator Bernie Sanders said in a statement that he will seek re-election to the US Senate.

“I have some important news to share, and I wanted you to hear it from me: Today, I am announcing my intention to run for re-election to the United States Senate in 2018,” Sanders wrote in a Twitter post.

The senator from the US state of Vermont pledged he would continue to be the fiercest opponent in the Senate to congressional Republicans and President Donald Trump.

But being anti-Trump and anti-Republican is not enough. We need to continue our fight for a progressive agenda which will take on oligarchy, and improve the lives of working people throughout our country.

Twitter users have split into two camps, with some of them opposed to the re-election of the US senator, while a great number are in favor.

Bernie, give it up

You ran out all the money from in 2016. No matter what you do you go down in the history as the distruptive person who helped the other party to turn this country a banana republic.

Social media users have supported the idea of the US senator’s re-election.

Thank you Bernie!!! We need you now more than ever !!!

Yes! We love you @BernieSanders 💛💫💛 May God continue to bless you!!!! #BernieForPresident pic.twitter.com/tSKOBNPe3e

Sanders reiterated on Monday his campaign statements from the 2016 campaign in which he called Trump a liar and a person who aims to divide Americans on the basis of race, religion and sexual orientation.
The US Senator was a contender for the Democratic presidential nomination but lost to Hillary Clinton.

Sanders has been representing Vermont in the US Senate since 2007.