These 5 zones are just as scary as the San Andreas Fault — if not more so!

Contrary to popular belief, this isn’t the only fault system threatening imminent disaster.

Check out these 5 scary seismic zones that are just as nerve-racking as the San Andreas Fault. 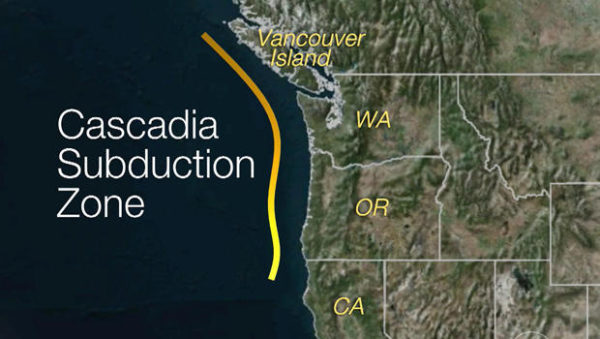 By the time Lewis and Clark arrived on the West Coast in 1805, it had been 105 years since the Cascadia Subduction Zone last ruptured, sending a large portion of the Pacific Ocean roaring toward the coast. The few remaining Native Americans in the area spoke of the earth shaking and ocean rising to consume the land. Many tribes even left the region permanently. However, it wasn’t until the discovery of the Cascadia Fault in the 1960s that modern settlers truly understood the dangers they faced. 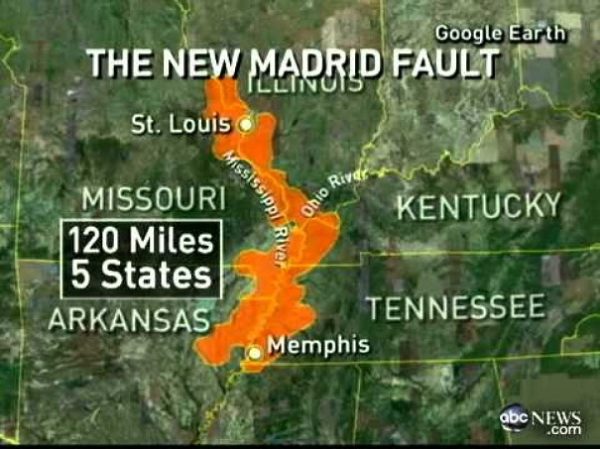 Between 1811 and 1812, this zone experienced some of the largest quakes in history. And although they originated in the Mississippi Valley, they rang church bells in Boston and shook New York City — over 1,000 miles away! Even then-President James Madison and his wife Dolley reportedly felt shaking at the White House.

After one particularly large rupture in the fault, the mighty Mississippi River was forced to run backward for several hours, devastating acres of forest and creating 2 temporary waterfalls. Fortunately the Mississippi Valley was sparsely populated back then. Today millions of people live in densely populated urban areas like St. Louis and Memphis, making this zone one of the biggest concerns for the Federal Emergency Management Agency. 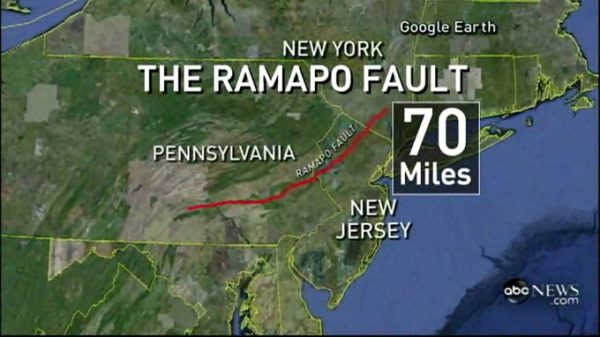 In 1884, Brooklyn was rattled by an earthquake originating near the Ramapo Fault System. Toppling chimneys in New York City and felt as far away as Maine and Virginia, the magnitude 5.2 earthquake was a sudden wake-up call for settlers in the region.

Running through Pennsylvania, New Jersey, and New York, the Ramapo has remained quiet for about 200 years. While studies have shown that a quake greater than 5.0 to 5.5 in magnitude is unlikely, urbanization in the tristate region leaves the area extremely vulnerable.

A mid-magnitude earthquake in the right (or worst) place could cause devastating damage. One of the faults in the Ramapo system even crosses New York City around 125th Street. A magnitude 5.0 rupture lasting more than a minute or 2 could cause intense structural damage to numerous Manhattan skyscrapers, most of which are not designed to withstand such tectonic activity. 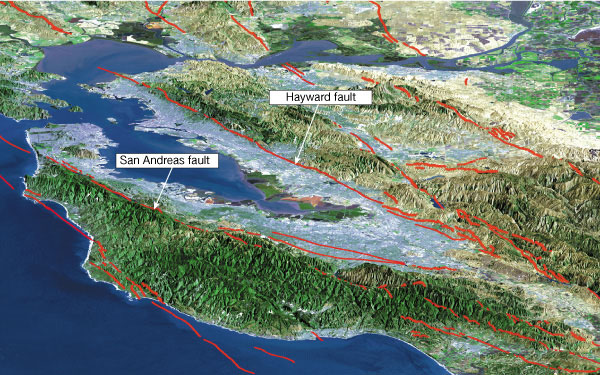 This very unstable fault in California has been threatening the San Francisco Bay Area for generations. It’s capable of producing quakes ranging from 7.0 to 8.0 in magnitude. The last major movement along the Hayward Fault occurred on October 21, 1868, virtually destroying downtown Hayward. In fact, it was considered the “great earthquake” until the San Andreas Fault tore San Francisco apart 38 years later.

Running for nearly 74 miles through cities including Fremont, Hayward, Oakland, Berkeley, and Richmond, the Hayward Fault has the potential to wreak more havoc than most California faults. Over 2.4 million people live within close proximity to the fault today, not to mention the key infrastructure developments (including a major public transit system and the Caldecott Tunnel) that run precariously through the fault.

The estimated magnitude of this earthquake ranged from 7.0 to 7.9 with a surface wave magnitude of close to 8.5. This almighty quake caused extensive damage to the transportation systems in central Alaska. Multiple landslides and rock avalanches occurred in the Alaska Range and Black Rapids Glacier. This event was literally felt across the nation, even causing waves in pools and lakes in Texas and Louisiana!