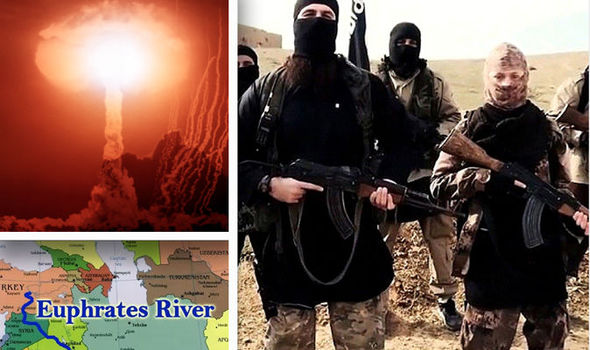 Worse still, the holy book predicted the Jihadi militants will be responsible for starting World War 3 and the destruction of a third of the world’s population, that is if you believe the prophecy theories of US Christian author Michael D Fortner.

Mr Fortner, who describes himself as a journalist, historian, bible prophecy expert, and Christian book publisher, has written two books allegedly shedding light on predictions in the holy book of WW3 starting along the River Euphrates.

Speaking through a computer-generated voice, Mr Fortner read from Revelations Chapter nine in the Bible.

Mr Fortner, who has lived in Oklahoma, Florida, Texas, and California, in the states, then said: “Did you hear what it said?

“Four angles bound at the Euphrates River will be released to kill one third of mankind.

“This tells us World War Three will begin in the region of the Euphrates River.

“The river starts in Turkey and flows through Syria and then through Iraq.

“Half the cities that ISIS has taken are literally on the Euphrates River, and they have formed a caliphate, which is the first step to reviving their Islamic empire.

“What is happening in Syria and Iraq is not just another war it will grow to become World War Three.

“If you look at a map of the cities ISIS has taken you will see something very significant, the significance is in Revelations chapter nine.”

A quick search on YouTube and other conspiracy websites shows Mr Fortner is not alone in his assertion that the next world war will stem from the crisis in Syria out of the Euphrates, and that it was predicted in Revelations.

But scientists, skeptics and commentators have called for calm and pointed out how many false ‘World War 3 predictions’ in connections with events in the Middle East have been made historically that have never materialised. 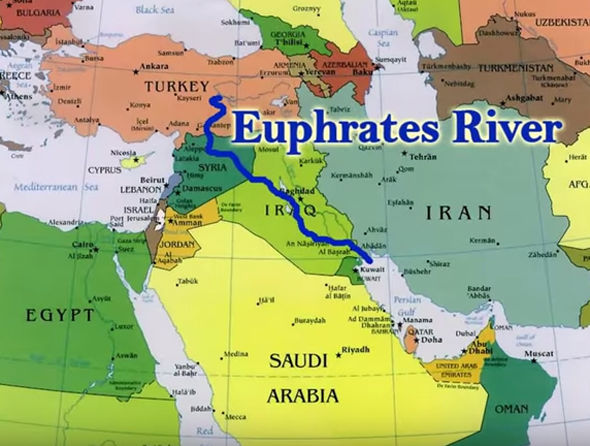 Map showing the River Euphrates from the video 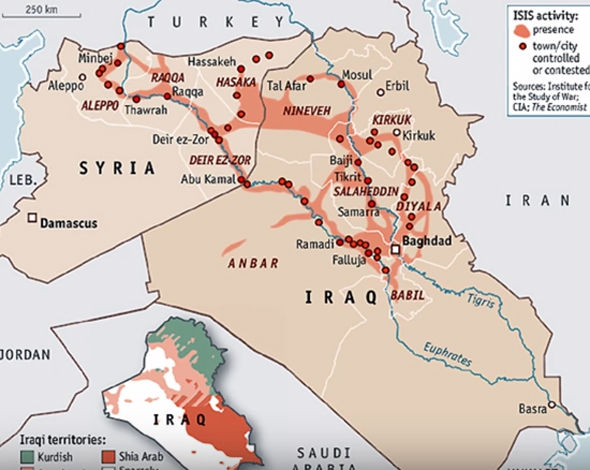 Many conspiracists have also claims that Nostradamus correctly predicted the rise of ISIS and WW3.

But the more skeptical researchers pointed out that the same Quatrain of Nostradamus had been used to identify Saddam Hussein as the the third and final anti-Christ and trigger of WW3 in the 1990s.

Other Nostradamus researchers had already identified Osama Bin Laden as being the third and final anti-Christ.

Sceptics say with so much conflict in the Middle East it is easy to link any one of them to the verses of the Bible or Quatrains of Nostradamus, but when looked at together they don’t add up with todays ISIS events or earlier ones. 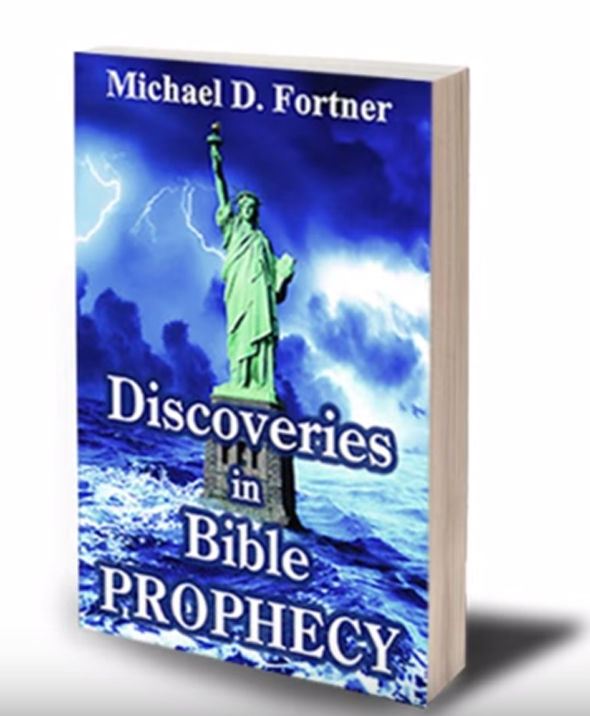