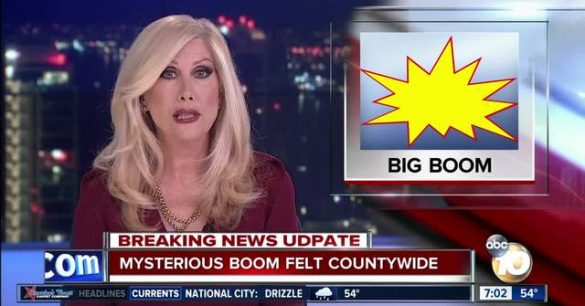 On January 24, 2017, at 3:18 pm, numerous people in California’s San Diego County heard at least two mysterious loud booms and many reported seeing a glowing ball in the sky west of the county. More booms were reported early the next morning and at 11:50 am. As of this writing, the booms remain unexplained and the residents of San Diego County are becoming concerned. 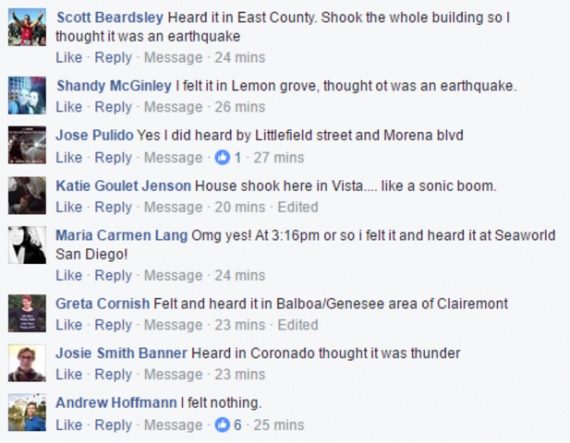 When the subject is mysterious booms or explosions heard in San Diego, the military is always the first and primary suspect. The city and surrounding area is the home of the U.S. Navy’s Eleventh Naval District, the Pacific Fleet, Naval Air Forces and Naval Air Force Pacific, as well as the Marine Corps Base Camp Pendleton, the Coast Guard Air Station San Diego and other military operations. Contacted immediately by local media, a military spokesperson said no military aircraft caused the booms, a statement later corroborated by a review of “all tapes with the FAA” that showed no military aircraft in the area reaching sonic boom speeds and no planes from San Diego International Airport creating any loud or unusual noises. 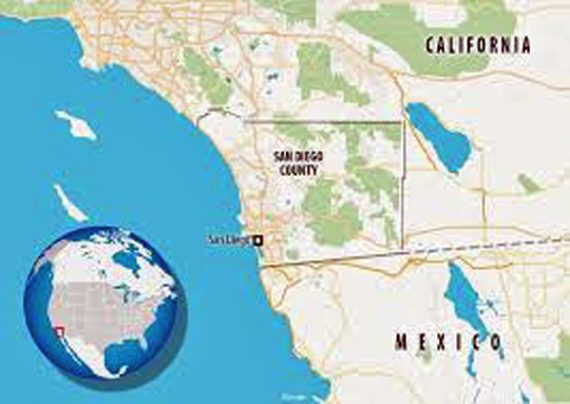 “I automatically thought it was a earthquake, my car started moving back & forth in Imperial Beach!”

Others thought the same thing as this witness. However, the US Geological Survey said no earthquakes were detected at the reported times of the booms.

“I heard it here on the Strand, but didn’t feel anything. Sounded like 2 loud bangs, I thought it was thunder.
That’s it … thunder.”

Not according to the National Weather Service, which says there were no weather activities at that time that could have caused the bangs. 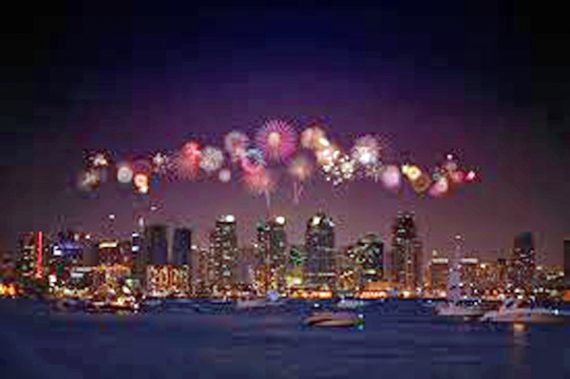 Transformer explosions? Fireworks? The police had no reports of any events that could have caused the explosive sounds.

What about that western glowing ball that some witnesses reported? A local geologist it could have been a meteor that caused the explosion, but there were no other glowing ball or meteor sightings during the other explosions on either day. 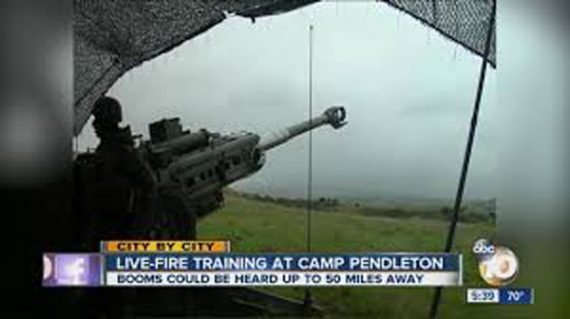 This happens, but not this time

Could the glowing ball and the explosions have been the results of some sort of secret weapons testing? That’s always a possibility, especially in these tense times, but one will no chance of any government agency admitting unless there were deaths or mushroom clouds.

That leaves … all together now … ALIENS! San Diego has a history of UFO sightings that – like the recent booms – are easily blamed on the military. However, an area with so much activity in the air would be the perfect place for an alien ship to hide out in plain sight and perhaps even test some secret pulse weapons.

Far-fetched? As of now, there’s no other explanations for the recent mysterious booms in San Diego County. Keep listening and have an emergency boom bag packed.