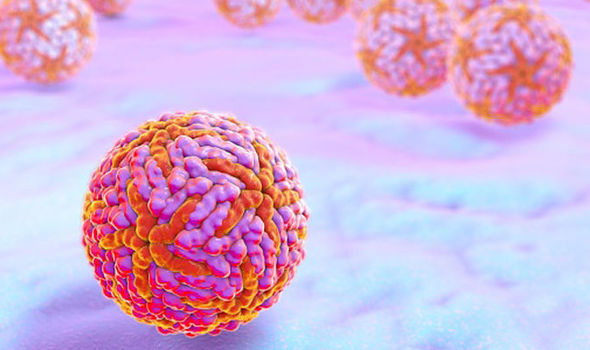 Billions of Viruses Fall from the Sky Everyday

Billions of viruses fall from the sky every day, according to new research which could explain why genetically identical viruses are often found in very different environments around the world.

In a scientific first, a team of international researchers recorded the number of viruses being swept up daily from the Earth’s surface into the free troposphere – the lowest layer of the atmosphere, in which nearly all weather occurs.

The study, published in the International Society for Microbial Ecology Journal, describes the detection of hundreds of millions of viruses and bacteria raining down from the sky on a daily basis.

“Every day, more than 800 million viruses are deposited per square metre above the planetary boundary layer – that’s 25 viruses for each person in Canada,” study co-author and University of British Columbia virologist Curtis Suttle said in a statement.

Bacteria and viruses are swept up into the atmosphere in small particles from soil-dust and sea spray. The pathogens can be carried thousands of kilometers overhead before being dropped back onto the Earth’s surface. The phenomenon helps explain how the same virus ends up in notably different environments.

“Bacteria and viruses are typically deposited back to Earth via rain events and Saharan dust intrusions. However, the rain was less efficient removing viruses from the atmosphere,” study co-author and microbial ecologist Isabel Reche from the University of Granada said.

Scientists conclude while the deposits of bacteria and viruses from the atmosphere may have effects on the structure and function of recipient ecosystems, it’s not necessarily terrible news, as the deposits could help ecosystems adapt more quickly to environment changes.