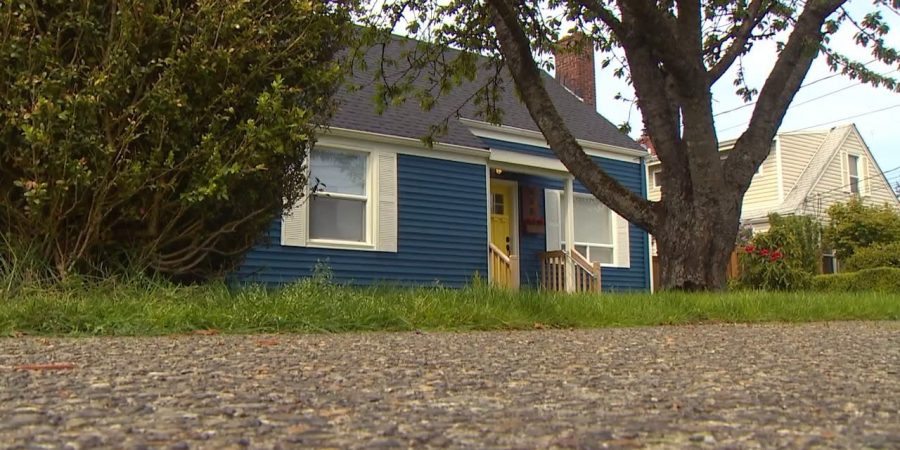 Workers for Extreme Contracting claim there have been a series of bizarre events at the home they’re renovating in Tacoma. It’s the home where killer Ted Bundy grew up.

It feels ridiculous introducing a ghost story, but Casey Clopton has no other explanation.

Clopton and his company, Extreme Contracting, were hired in September to renovate the Tacoma home where serial killer Ted Bundy grew up. The owner planned to flip the house afterward.

On his second visit, he brought his 11-year-old daughter to see the house. As they walked upstairs, she told her father she didn’t feel right, that something was wrong. Then she started crying and asked to leave.

“I just chalked it up to a little girl being scared of the dark,” he said.

But, it only got weirder from there.

Creepiest of all, they found "leave" written in sawdust in a bedroom. #komonews pic.twitter.com/04Sw7vrmBf

Clopton’s crew claims they spent months hearing jiggling doorknobs and phantom footsteps as they worked. One worker claims he heard a knock at the door, then it opened to reveal no one on the other side.

He also claims some mornings they’d arrive to find several drawers and cabinets opened up. But, Clopton says nothing was taken, and the exterior doors were still locked with the alarm activated.

Then one day a dresser that was wedged into the wall inexplicably fell. “To take that out, it takes you two people,” he said. “It was tipped over, moved over across the hall a little bit, and on its face.”

This dresser that was wedged in the wall also suddenly fell. Contractor says it landed oddly far from the hole where it had sat. #komonews pic.twitter.com/HXMPS6RLoN

“I couldn’t figure it out,” he said. At first he thought someone might be pranking him, but when the incidents continued got worried.

Even the real estate broker, James Pitts, claims he had a spooky moment when he tried to record a Facebook Live video in the basement. “My phone kept resetting, and kept resetting until it wouldn’t turn itself back on anymore,” Pitts said. “It just crashed pretty much.”

In the seven months they worked on the house, Clopton says his crew experienced about 30 odd incidents.

None were more bizarre than two notes they found written in the home.

After so many incidents, Clopton’s crew penciled Bible verses on the walls of the home. They brought in pastors from a church in Puyallup to bless the house. He says they walked through, reading bible verses, trying to clear any spirits. Clopton also instituted a rule that Christian music had to be playing at all times inside the house.

He says after that things calmed down. The project took four months longer than expected, eventually finishing up in April just before the house was sold. Clopton is happy the project is over. He says the whole ordeal made him a believer.

"That there's something else out there man. That's what I think it is," contractor said. "I'm glad I got faith on my side." #komonews pic.twitter.com/mOMwl9yegd

“That there’s something else out there, man. That’s what I think it is,” he said. “That we are not alone out here.”

According to the Puget Sound Regional Archives, the Bundy family bought the home in 1955, when Ted Bundy was 8-years-old. They sold it in 1965.

KOMO News tried to reach the new owners of the home Monday, but was unable to connect with them.