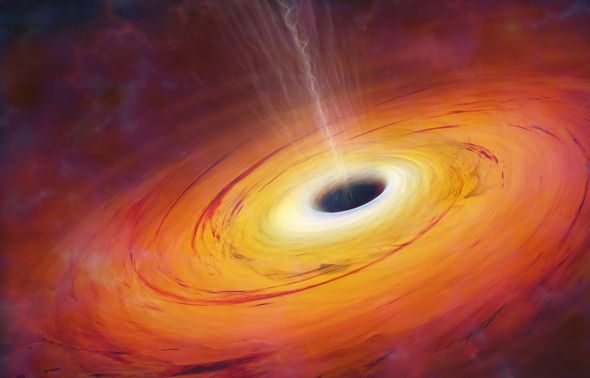 TIME travel is possible, but would be extremely difficult to achieve, according to a top university.

In a piece written for the University of Sussex by astrophysicist John Gribbin, co-authored with his wife Mary Gribbin, they say that “there is nothing in the laws of physics to prevent time travel.

“It may be extremely difficult to put into practice; but it is not impossible.”

Sci-fi fans and scientists alike have longed for the possibility of time travel, and it could one day be a reality.

The research from Mr and Mrs Gribbin says that two things are required for time travel; an understanding of Albert Einstein’s general theory of relativity, and black holes.

The article reads: “the possibility of time travel involves those most extreme objects, black holes.

“And since Einstein’s theory is a theory of space and time, it should be no surprise that black holes offer, in principle, a way to travel through space, as well as through time.”

As the distinction between time and space surrounding a black hole becomes almost indistinguishable, experts believe that the mysterious entities could be the key to time travel.

However, there are a lot of mitigating factors.

The main issue is that anything that comes close to a black hole is sucked in by its immense gravitational pull, which is so strong that not even light can escape – what is known as the ‘singularity’.

However, if the black hole is rotating, it might offer a portal into the past or future.

The article explains: “In the 1960s, the New Zealand mathematician Roy Kerr found that things are different if the black hole is rotating.

“A singularity still forms, but in the form of a ring, like the mint with a hole. In principle, it would be possible to dive into such a black hole and through the ring, to emerge in another place and another time.”