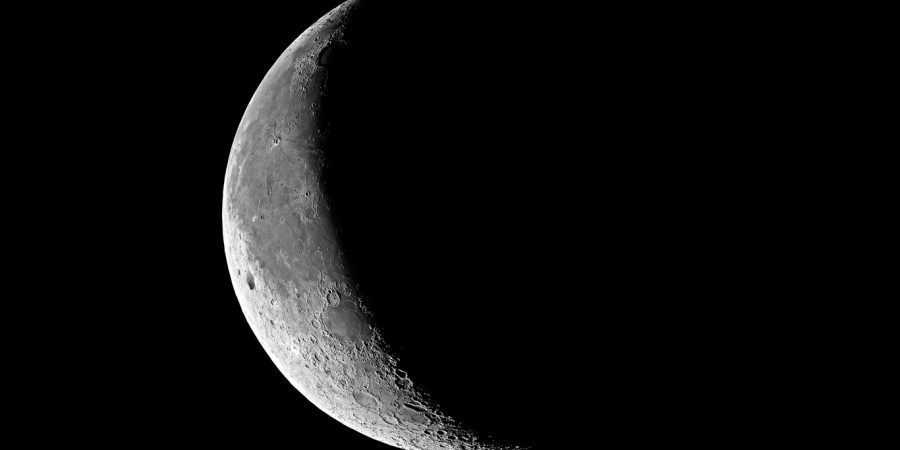 September 2016 is host to a somewhat unusual lunar event: a second new moon in a single month, an event some people call a “Black Moon.”

A Black Moon (in some parts of the world)

For the Eastern Hemisphere (Europe, Africa, Asia, Australia), this new moon occurs after midnight on the calendar date of Oct. 1. So for this part of the world, this particular new moon is not the second one in the calendar month, but rather, the first! Indeed, for the billions living in the Eastern Hemisphere, the Black Moon will arrive on Oct. 30 or, if you live in eastern Asia, Japan, Australia or New Zealand, not until Oct. 31 (Halloween).

The Black Moon is a somewhat unusual celestial event — they occur about once every 32 months.

Seeing (or not seeing) a Black Moon

At its “new moon” phase, the moon is always black. It happens at that time of the month when the moon passes through the same part of the sky as the sun and as such, the moon’s dark or unilluminated side faces Earth. So there really is nothing to see.

Actually, that’s not always true, since there are times when the new moon passes directly between Earth and the sun and Earthlings can then see the moon’s black silhouette crossing in front of the sun, causing a solar eclipse. That, in fact, actually happened with this month’s first new moon, on Sept. 1, creating an annular eclipse (also known as a “Ring of Fire Eclipse”) over parts of Africa.

Wait for the crescent

If you have ever wondered where the term “new moon” originated, it simply refers to the start of a new lunar cycle. The time frame from one new moon to the next is called a synodic month, which, on average, lasts 29.53 days. This is the period of the moon’s phases, because the moon’s appearance depends on the position of the moon with respect to the sun as seen from the Earth. The word “synodic” is derived from the Greek word sunodikos, which means “meeting,” for at new moon, the moon “meets” the sun.

But unlike a “supernoon” which gets countless numbers of people scurrying for vantage points to see a slightly larger and slightly brighter-than-average full moon, with a Black Moon, you simply can’t see it. In my opinion, this is the chief reason why Black Moon is going to have a tough time in becoming a popular media brand.

A couple of evenings later, however, on Oct. 2, you’ll be able to pick out a slender sliver of a waxing crescent moon low in the western twilight sky about 30 or 40 minutes after sunset local time. That will also mark the start of Rosh Hashanah, the Jewish New Year 5777. And the following day (Oct. 3) is the Islamic New Year 1438, on the first day of Muharram, the first month in the lunar Islamic calendar.

Some people mistakenly refer to the appearance of any thin lunar crescent as the “new moon.” This fallacy has even spread into popular literature. In his classic work “A Night to Remember,” about the sinking of the Titanic, author Walter Lord quotes a fireman in a lifeboat who caught sight of a narrow crescent low in the dawn sky and exclaimed, “A new moon!”

A note on branding

As one who has been involved in the broadcasting field for nearly 40 years, I’d like to point out that we live in a time when the news media is seemingly obsessed with “branding.” This marketing strategy involves creating a differentiated name and image — often using a tagline — in order to establish a presence in people’s mind. In recent years in the field of astronomy, for example, we’ve seen annular eclipses — those cases when the moon is too small to completely cover the disk of the sun — become branded as “Ring of Fire Eclipses.” A total eclipse of the moon — when the moon’s plunge through the Earth’s shadow causes the satellite to turn a coppery red color — is now referred to as a “Blood Moon.”

When a full moon is also passing through that part of its orbit that brings it closest to Earth — perigee — we now brand that circumstance as a supermoon. That term was actually conjured up by an astrologer back in 1979 but quite suddenly became a very popular media brand after an exceptionally close approach of a full moon to Earth in March 2011. It surprises me that even NASA now endorses the term, although it seems to me the astronomical community in general shies away from designating any perigee full moon as “super.”

Then there is Blue Moon. This moniker came about because a writer for Sky & Telescope Magazine misinterpreted an arcane definition given by a now-defunct New England Almanac for when a full moon is branded “blue,” and instead incorrectly reasoned that in a month with two full moons, the second is called a Blue Moon. That was a brand that quietly went unnoticed for some 40 years, until a syndicated radio show promoted the term in the 1980s and it then went viral. So now, even though the second full moon in a month is not the original definition for a Blue Moon, in popular culture we now automatically associate the second full moon in a calendar month with a Blue Moon.

So are you ready for yet another lunar brand? The newest one is Black Moon.

Joe Rao serves as an instructor and guest lecturer at New York’s Hayden Planetarium. He writes about astronomy for Natural History magazine, the Farmer’s Almanac and other publications, and he is also an on-camera meteorologist for News 12 Westchester, N.Y.