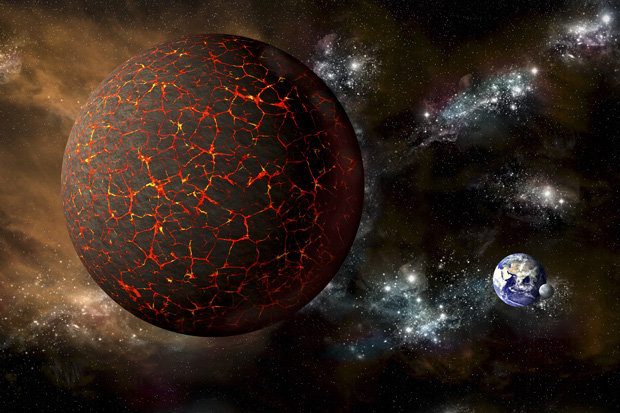 A TOP secret mission is under way to hide a giant alien planet that is going to obliterate Earth, according to astounding claims.

It revolves around a long-standing conspiracy that a mythical planet known as Nibiru is on a collision course for our planet.

Nibiru, which is also known as Planet X, is believed by many people online to be roughly 10 times the size of Earth with a massive gravitational pull.

And now conspiracists believe they know exactly how the existence of the colossal celestial body being hidden from the public. 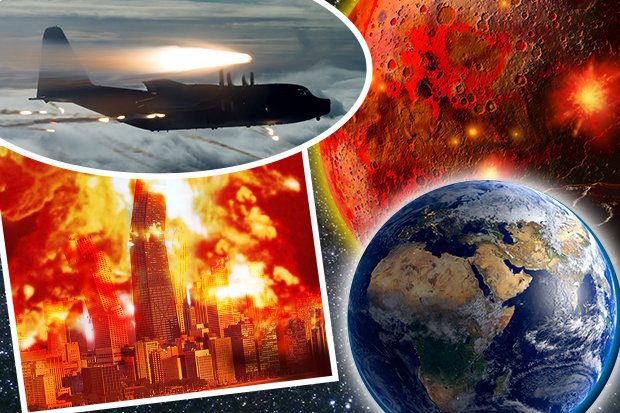 MISSION: There are claims about a black ops mission covering up an alien planet

PLANET X: Mythical Nibiru is thought by some to be on a collision course for Earth

So-called “truth-seekers” believe Operation Indigo Skyfold involves the use of military aircraft to create “chemtrails” in the sky which block out the visibility of approaching Planet X.

Chemtrails is a name derived from condensation trails (contrails) – the white lines of condensation left behind by high-flying aircraft.

However, many people believe they are not created by water vapour but are actually a result of the planes spraying toxic chemicals and biological agents into the air.

The apparent sharp rise in the number of these over the world has been discussed on internet forums for years now. 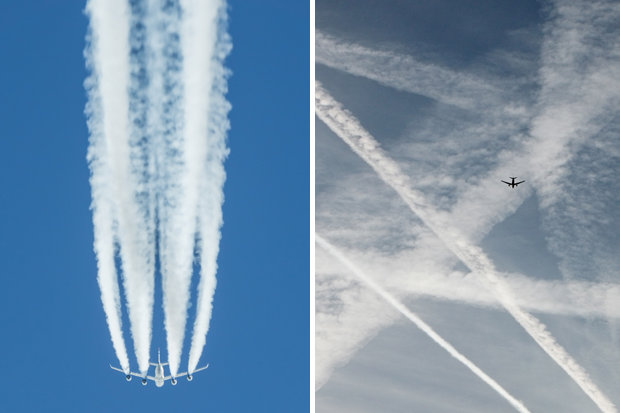 CLAIMS: It is alleged that chemtrails are created to hide Nibiru hurtling towards Earth

One well-known conspiracy site reported in 2015 that pilots manning the planes are “told to fly specific routes while satellites control aerosol dispersal patterns”.

It added: “Pilot navigation and maintenance crews are rotated constantly and only spend about 18 months at one given base to keep pilots and their families from making too many friends and ending up with ‘loose lips’.

“Their superiors tell them it’s a matter of National Security.”

But now a high-profile conspiracist research scientist has linked these “chemtrails” to the existence of Nibiru.

David Meade, who has written a whole book on the Planet X conspiracy, claims the trails are bing used to hide the alien planet.

He said: “What happened is that they immediately ‘compartmentalised’ the operation on a need-to-know basis, restricting total knowledge to only a few people. Nothing was produced in writing, of course.

“This is the mother of all black operations – Indigo Skyfold.

“Its purpose – weather modification and warfare – and the cover-up of the second sun, Planet X.

“They accomplish the latter by aerosol spraying at sunrise and sunset, the two times of the day when Planet X can be observed. They concentrate their operations in highly-populated areas.

“The aerosol spraying is called chemtrails. These are different from contrails, which are created by commercial aircraft. The pilots are told a cover story – it’s a greenhouse gas/global warming mitigation strategy.”