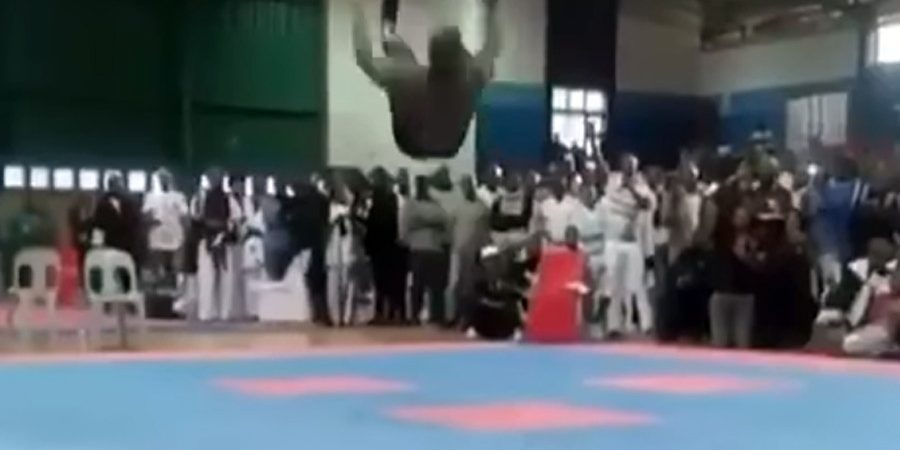 This is sad on many levels, it appears he pretty much suffered a broken neck and seems to be paralyzed on impact. The video will likely be taken down eventually but remains active at the time of this post.

The video of the 23-year-old Thabathe shows the young athlete trying to perform a backflip in an attempt to entertain the audience. The attempt, however, went horribly wrong when Thabathe could not spin the flip fully and landed on the back of his head.

WARNING: THIS VIDEO CONTAINS GRAPHIC CONTENT THAT SOME MAY FIND DISTURBING

The footage then shows the tournament organizers rushing to Thabathe, who remains motionless.

It was reported by news24.com that the Umlazi native died in the hospital on arrival.

The footage was picked up on social media and quickly went viral.