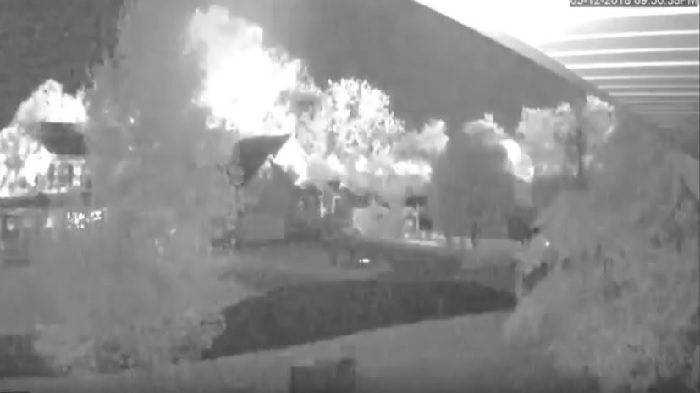 Don’t even try telling Anderson Township resident Kimberly Kempke that the “boom” noise people are hearing around her community is nothing more than fireworks.

Anyone suggesting this obviously hasn’t really heard the noise being referenced by people on her two Facebook groups – Watchful Eyes in Anderson and Watchful Eyes of Mt. Washington, she said.

The sounds are “true booms. They sound like a powerful explosion,” Kempke said.

“It’s unlike anything I’ve ever seen or felt before. And I’ve been very up close with the WEBN Fireworks many times,” she added.

For upwards of two months social media sites such as Facebook and NextDoor have been buzzing with people reporting and trying to identify the source of a loud boom.

Some have turned to the Hamilton County Sheriff’s office for answers. As a result, Sheriff’s deputies have investigated.

“Each investigation has been unfounded,” Lt. Matt Guy said. “There are no reports and there is no ongoing investigation, as there have been zero reports of property damage or persons injured.”

The Hamilton County Communications Center has received calls reporting a loud boom. The majority of the callers were from the Salem Road area near the Anderson Township, Mount Washington boundary.

On April 21 multiple callers reported a loud boom, according to communications center records. One told the dispatcher that they also saw a flash of light and heard voices.

Nearly a month after these reports, the source of the noise remains a mystery.

Frustration is growing as residents look for answers and the booms continue.

On May 13, Anderson Township resident Steve Hart posted a video from his home security cameras to his YouTube channel. The footage is of a flash of light and loud noise.

“For weeks concerned residents have heard and seen explosions that are not from fireworks, sonic booms, or other sources. Last night, I captured one such blast on my security cams and I am asking the Hamilton County Sheriff’s Office to start taking this as seriously as we do,” he wrote in the video’s description.

Anderson Township Administrator Vicky Earhart has been actively engaged in efforts to identify the noise.

According to a summary she shared with staff, Earhart researched underground mining, fracking, and earthquakes as possible noise sources. There were similar reports of noise in 2014 that were linked to a mine in another state, she wrote. She found no evidence of booms in neighboring areas that coincided with the timing of booms heard in the area of the Mount Washington/Anderson Township border, according to the summary.

Another factor in her research was the flash of light some residents reported in late April.

“While we have no idea what is causing the noise, it appears as though both times the loud booms were heard on a Saturday evening approximately one month apart,” she wrote. “Similar sounds that were heard in Colerain in January turned out to be residents shooting off mortar-type fireworks.”

Earhart was on vacation and unavailable for comment for this article. Her summary noted that no injuries have been reported as a result of the noise.