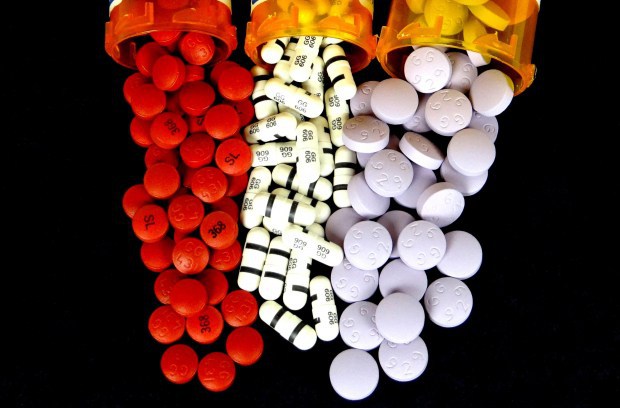 A group of common drugs used to treat allergies and other chronic health issues increase the risk of Alzheimers and dementia, according to a new study by the University of Indiana School of Medicine. The study also found that these drugs reduce the overall size of the brain as well as its metabolism if taken regularly. The drugs, known collectively as anticholinergics, are commonly prescribed for allergies, insomnia, hypertension, cardiac problems, and depression among others. Some of the most well-known brands in the US include Xanax, Zyrtec, Valium, Wellbutrin, Benadryl, Dramamine, Paxil, and Histex. You can see a comprehensive list of anticholinergic drugs implicated in this study by clicking here.

This class of drugs blocks acetylcholine in the brain, an important neurotransmitter vital to normal brain function. In people with Alzheimers, there is always a lack of this neurotransmitter and, according to this study and others, these drugs worsen the condition or can provoke it. However, this study is not the first to find problems with anticholinergic drugs. A study in 2013 found that people who take these types of drugs showed a significant reduction in cognitive ability. Their risk of contracting Alzheimers also increased by more than 60%.

This new study from the University of Indiana was the first to investigate the direct impact of these drugs on the human brain. 451 adults between 70 and 75 years old participated in the study and were all given MRIs in order to see the changes in the brain over time. They were also all given different tests of memory and cognition. The group that took these drugs for 2.5 years showed a significant decrease in brain size compared to their condition before the study began. A decrease in brain size and a reduction in brain metabolism became evident after only 2 months of regular use. They also received worse scores on the tests compared to the people who did not take anticholinergic drugs over the course of the study.

Yet, the problem with these studies is that they only focus on the elderly. Many of these drugs are approved for the use of children and teenagers, whose brains are still developing. A lack of Acetylcholine, the neurotransmitter blocked by these drugs, can cause mood swings, attention deficit, and memory problems in children. It’s very possible that the widespread use of these drugs could be to blame for increases in the diagnoses of ADD and similar disorders in children. Could these drugs also be shrinking their brains and causing permanent damage? What other effects could these drugs have on a developing brain? Unfortunately, no one knows as no studies currently exist. However, these studies have definitively shown that these drugs damage the human brain and should be removed from the market or, at the very least, come with warnings on the box. If you or someone you know is taking any type of anticholinergic drug, you should consider talking with your doctor or naturopath and looking for an alternative that won’t shrink your brain.