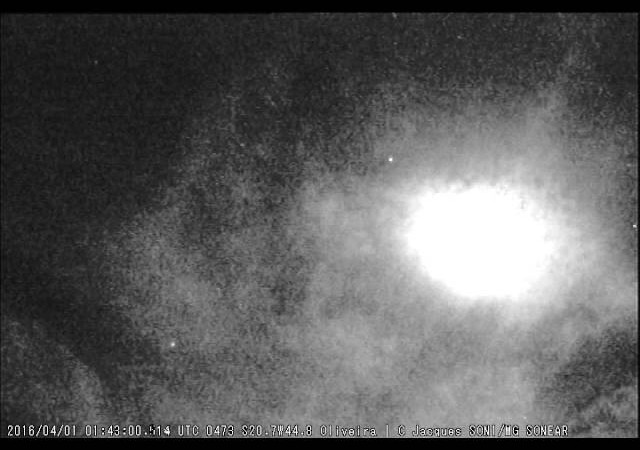 This bright exploding meteor turned the night sky into day for a fraction of a second on 31 March 2016. The fireball was filmed over Spain at 2:36am UTC (4:36am local time).

The event was produced by the impact of a cometary fragment with the atmosphere at a velocity of about 90.000 km/h.

The impacting rock got ten times brighter than the moon.

The fireball was recorded by cameras placed at the observatory of La Hita in Toledo, when the fireball flew across the sky of the province of Albacete. It has also been reported by skywatchers in Madrid, Castilla-La Mancha, Valencia, Murcia and Andalusia. 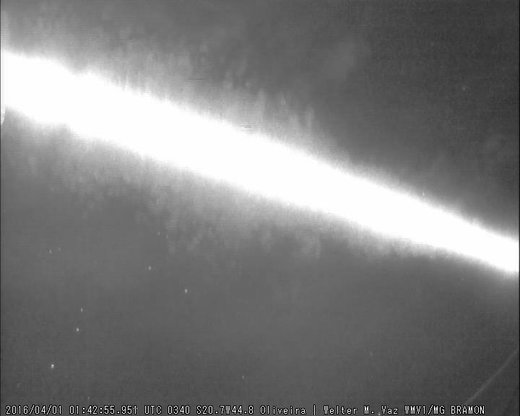 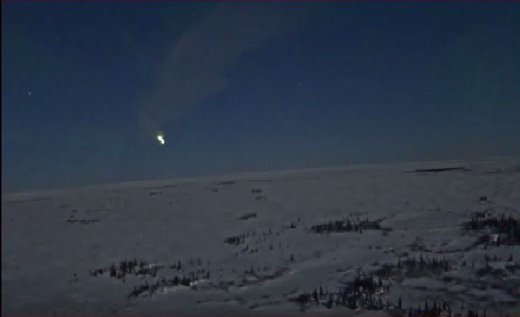 Two bright fireballs were recorded in Canada and Spain end of March 2016.The Spanish bolide slowly disintegrated in the sky of Aragón and Catalonia on March 24th, 2016 at 0h47m20s UTC. The Canadian space rock was captured flying through the night sky of Churchill, Manitoba. Awesome!

This wonderful slow-moving fireball overflew Aragón and Catalonia on March 24th, 2016 at 0h47m20s UTC and was recorded by cameras at the Folgueroles AAO-CSIC-IEEC station (Pep Pujols/J.M.Trigo).

The fireball experienced periodic changes in its luminosity due to the fast spinning of the meteoroid when it penetrated Earth’s atmosphere.

Fireball filmed in the sky of Churchill, Manitoba, Canada on March 26, 2016.

There is no comment on the video. But the video of this exploding fireball is awesome:

Did you hear any booms or weird noises related to these two sky events?