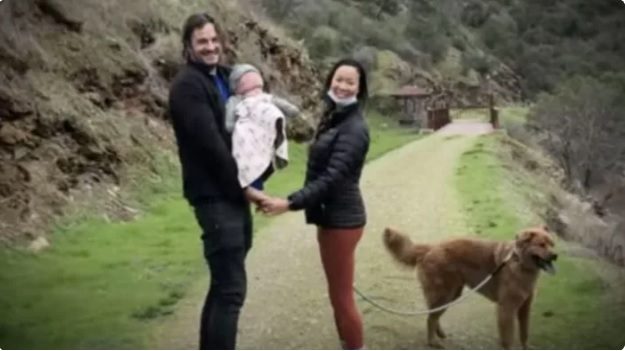 “The bodies showed no wounds or trauma, and even autopsies did not give immediate clues as to the cause.”

“Heat-related deaths are extremely difficult to investigate,” Mariposa County Sheriff Jeremy Briese said at a press conference, citing an official cause of death of “hyperthermia and probably dehydration.”

The bodies of John Gerrish, Ellen Chung, and their 1-year-old daughter Muji were found mid-August on the Savage Lundy Trail, a remote area of Sierra National Forest. Their dog Oksi was lying next to them, also dead.

Initially, officials were unable to discern a cause of death and approached the family’s bodies wearing Hazmat suits. Speculation ran rampant, and the sheriff’s office ruled out multiple possible causes of death in the intervening months.

The bodies showed no wounds or trauma, and even autopsies did not give immediate clues as to the cause. Toxicology reports came back negative for prescription drugs or common toxins. Officials expressed public frustration in the weeks after the discovery. In September, officials closed the trail where the family was found for “unknown hazards” but reopened it soon after.

On Thursday, Briese said the family had been hiking on a steep trail where temperatures were sky-high, between 107 and 109 degrees, though the temperature in the area where they started was in the 70s.

There was little shade due to an earlier fire in the area. Sheriff’s deputies found one empty Camelbak water container with the family, a small amount of baby formula in a bottle, and snacks.

The parents wore “basic hiking attire” that day and held the baby in a backpack carrier. John’s phone has been sent to the FBI for forensic analysis.

A portion of the Merced River was closed the same month due to concerns of toxic algae, though the water in the family’s bladder had come from a tap or a bottle, according to the sheriff.

The Gerrish-Chung family issued a statement that was read at the press conference: “The loss of a close relative is a pain almost beyond words. When that loss includes a baby who is just [a] 1-year-old, that pain is indescribable… The question of ‘Why?’ can never be answered and will always remain with us.”