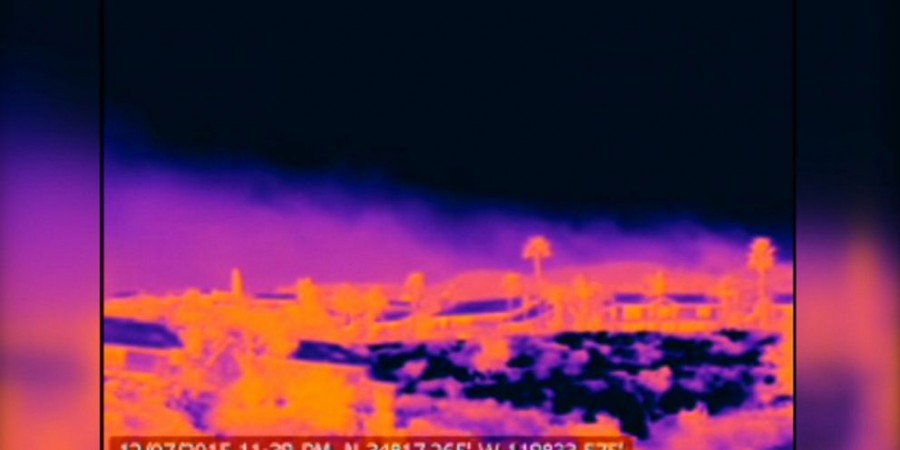 While world leaders signed the ‘historic’ agreement signed in Paris to fix the world’s “greatest threat,” a natural gas storage site in southern California is belching 145,000 pounds per hour of Methane – a greenhouse gas 70 times more potent than carbon dioxide. What is worse, while official proclaim this a “top priority” a fix won’t arrive until spring as emergency crews recognize “the leak was far from routine, and the problem was deeper underground.” 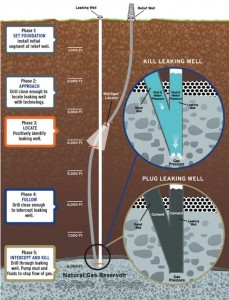 As Wired reports, in just the first month, that’s added up to 80,000 tons, or about a quarter of the state’s ordinary methane emissions over the same period.

The Federal Aviation Administration recently banned low-flying planes from flying over the site, since engines plus combustible gas equals kaboom.

Steve Bohlen, who until recently was state oil and gas supervisor, can’t remember the last time California had to deal with a gas leak this big. “I asked this question of our staff of 30 years,” says Bohlen. “This is unique in the last three or four decades. This is an unusual event, period.”

Families living downwind of the site have also noticed the leak—boy, have they noticed. Methane itself is odorless, but the mercaptan added to natural gas gives it a characteristic sulfurous smell. Over 700 households have at least temporarily relocated, and one family has filed a lawsuit against the Southern California Gas Company alleging health problems from the gas. The gas levels are too low for long-term health effects, according to health officials, but the odor is hard to ignore.

Given both the local and global effects of the gas leak, why is it taking so long to stop? The answer has to do with the site at Aliso Canyon, an abandoned oil field. Yes, that’s right, natural gas is stored underground in old oil fields. It’s common practice in the US, but largely unique to this country. The idea goes that geological sites that were good at keeping in oil for millions of years would also be good at keeping in gas.

On October 23, workers noticed the leak at a 40-year-old well in Aliso Canyon. Small leaks are routine, says Bohlen, and SoCalGas did what it routinely does: put fluid down the well to stop the leak and tinker with the well head. It didn’t work. The company tried it five more times, and the gas kept leaking. At this point, it was clear the leak was far from routine, and the problem was deeper underground.

SoCalGas began drilling a relief well on December 4.  The relief well will intercept the steel pipe of the original well—all of seven inches in diameter—thousands of feet below ground. Then crews will pour in cement to seal the wells off permanently. “Relief wells are a proven approach to shutting down oil and gas wells,” said SoCalGas in a statement.

As if finding a skinny pipe hundreds of feet below ground weren’t hard enough, the presence of all that explosive natural gas adds an extra layer of complication. A tiny spark and everything can go boom. So at the leaking well site, work is restricted to daylight, says Bohlen, as lighting equipment could produce stray sparks. (The relief well is far enough away that drilling there can proceed 24/7.) Back in 1975, a well at Aliso Canyon caught fire because of sparks from sand flying up the well.

And crews can’t set a deliberate fire, also known as flaring, which they often do at other remote areas with excess gas. The leak is so big and the flare would be so hot that it could make the mess even harder to contain.

“There is no stone being left unturned to get this well closed. It’s our top priority,” says Bohlen. But even that is slow, with months of drilling to come as methane continues to billow into the air.