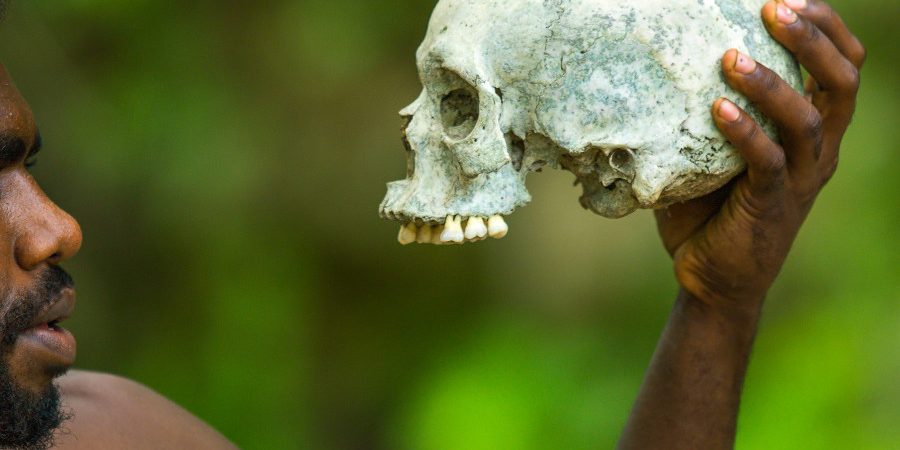 Police in South Africa are investigating a possible ‘cannibalism’ syndicate after a man turned himself in at his local police station, reportedly telling officers, “I’m tired of eating human flesh.”

He produced part of a human leg and a hand as evidence of his guilt and then led police to a house in KwaZulu-Natal where more body parts were found. Forensic experts have been called to identify the remains and ascertain whether they belong to one or multiple people.

“The three suspects are alleged to have murdered a woman and then cut her body up,” Police spokeswoman Captain Charmaine Struwig said, as cited by Estcourt News.

“Allegations are that some consumed some of her flesh while some of her body parts were shared with the fourth suspect in Amangwe.”

“Human remains were found at one crime scene in Estcourt and another crime scene at Amangwe. At this time only one person is suspected of having been killed and her identity is as yet unknown.”

A total of four men, Nino Mbatha (32), Sthembiso Sithole (31), Lindokuhle Masondo (32) and Lungisani Magubane (30), have been arrested so far as part of the investigation. One of them is believed to be a traditional healer.

They face charges of murder and conspiracy to murder, as well as possession of human body parts.

Cannibalism itself is not a crime in South Africa, however, the accused could face charges of contravening the Human Tissue Act of 1983 which prohibits possession of any human tissue or body part without a permit. That covers organ donations, post mortems and other medical procedures.

Police suspect they may be part of a larger syndicate which trades in human flesh and have asked relatives in ongoing missing persons cases to come forward to help with the investigation.

“When the police were following this matter they discovered eight ears in a pot where one man was staying,” said local councillor Mthembeni Majola.

“That means there is much more to this.”

“The four will appear again next week when they are expected to apply for bail‚” she said, as cited by the Times South Africa.

At a community meeting following the arrests, hundreds of local residents allegedly confessed to eating human flesh purchased from one of the accused, reports News 24.

Local councillor Mthembeni Majola held a meeting at the Esigodlweni community hall Monday morning where he claims that 300 residents admitted to visiting one of the accused, Mbatha, a nyanga or faith healer according to ENCA, and knowingly consuming human flesh that he had provided.

“This has happened within our community. Families, people we know and live with have now confessed to eating this woman,” he said, as cited by News 24.

“People we know and live with have now confessed to eating this woman.”