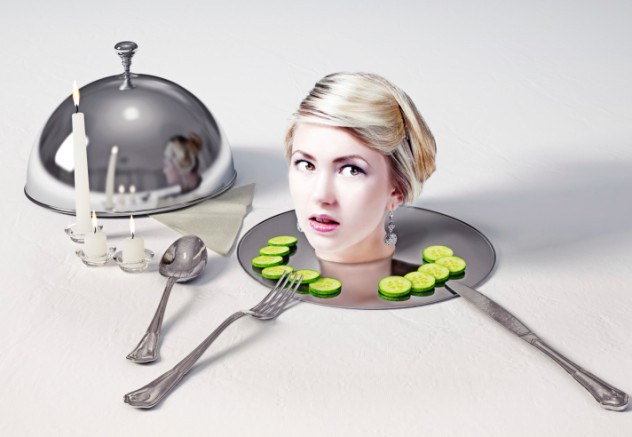 Cannibalism Study Finds People Are Not That Nutritious

While our ancient ancestors did practice cannibalism, eating other humans just couldn’t compare with taking down a mammoth.

Note to the prehistoric party planner: One dead mammoth can feed 25 hungry Neanderthals for a month, but cannibalizing a human would provide the crowd with only a third of a day’s calories.

A new look at the nutritional value of human flesh shows that, compared with other Paleolithic prey animals, humans weren’t especially packed with calories for their size.

“When you compare us to other animals, we’re not very nutritional at all,” says study author James Cole of the University of Brighton, who published his work Thursday in Scientific Reports.

According to his estimates, boars and beavers pack about 1,800 calories into each pound of muscle compared with a measly 650 calories from a modern human. That’s about what would be expected based on our overall size and muscularity compared to other animals, he says.

So, Cole asks, if humans aren’t especially valuable in terms of prey, why eat them? After all, unless they are sick or dying, they wouldn’t be easy to hunt.

“You have to get together a hunting party and track these people, and then they aren’t just standing there waiting for you to stab them with a spear,” says Cole.

Instead, Cole argues that perhaps not all ancient cannibalism was for filling bellies; it may have also served various social functions for early humans and their ancestors.

CANNIBAL ROOTS
Archaeologists have found evidence of cannibalism in the human family tree at least as far back as 800,000 years. And though cutting and gnawing marks on bones can’t reveal motivations, ancient remains do offer a few clues to how widespread cannibalistic practices were throughout human evolution.

At the Gran Dolina cave site in Spain, for instance, the butchered remains of bison, sheep, and deer were mixed with those of at least 11 humans, all children or adolescents, whose bones showed signs of cannibalism. In addition to marks showing flesh was stripped from the bone, evidence suggests the Gran Dolina residents—an ancient human relative called Homo antecessor—ate their victims’ brains. 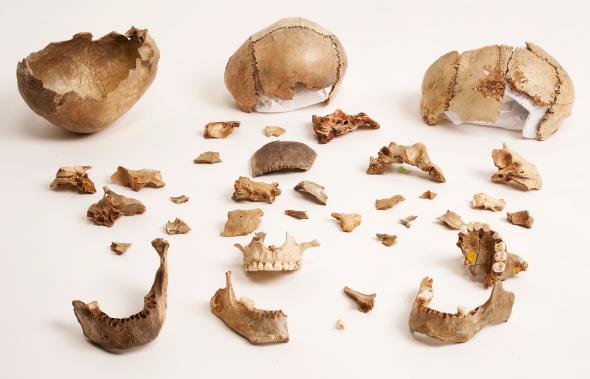 The butchered human parts appear in layers in the cave spanning about a hundred thousand years, suggesting that the practice occurred somewhat regularly.

The remains were also mixed with those of other animals and had been prepared the same way, leading some anthropologists to suggest that cannibalism at the site might not have been done in a food-stress emergency or as ritual behavior.

Perhaps human flesh was a common supplement to their diet, or perhaps the youngsters were outsiders, and cannibalism served as an effective “keep out” sign—the bones can’t say for sure.

That’s true for most cases of prehistoric cannibalism, says anthropologist Silvia Bello of the Natural History Museum in London.

“I agree with [Cole] that Paleolithic cannibalism was probably more often practiced as a ‘choice’ rather than mere ‘necessity,’” she says. “I think, however, that to find the motivation of the choice is a very difficult matter.”

MEAT IS MEAT?
In some cases, cannibalism may have been purely practical.

“The issue is not one of nutrition as an alternative to large game,” says anthropologist Erik Trinkaus of Washington University in St. Louis. “It is an issue of survival when there are no other food sources, members of one’s social group have died, and the surviving members consume the bodies of already-dead people.”

Cole acknowledges there’s only so much we can take from his limited analysis of human nutritional value, which was based on only a few modern humans. And certainly our ancient ancestors weren’t counting calories to make dinner choices.

Perhaps, he says, the real message is that ancient people had more of a mix of motivations for cannibalism than we’ve given them credit for. After all, human cannibalism in recent centuries has many roots, including warfare, survival, spiritual beliefs, and psychosis.

Most likely, ancient people survived by being incredibly opportunistic, and sometimes cannibalistic, says Bill Schutt, a biology professor at Long Island University’s Post campus and author of the new book Cannibalism: A Perfectly Natural History. (Read an interview with Schutt.)

“Cannibalism is extremely widespread in the animal kingdom,” Schutt says, and humans are no exception. “What makes us different are the rituals, the culture, the taboos,” he says. “We’ve been patterned to believe that cannibalism is the worst thing you could do.”

Indeed, Cole says that working out the calorie count of human flesh was a bit disconcerting, as it forced him to think about what cannibalism would be like. “I found it quite difficult to eat bacon for the last year or so,” he says.