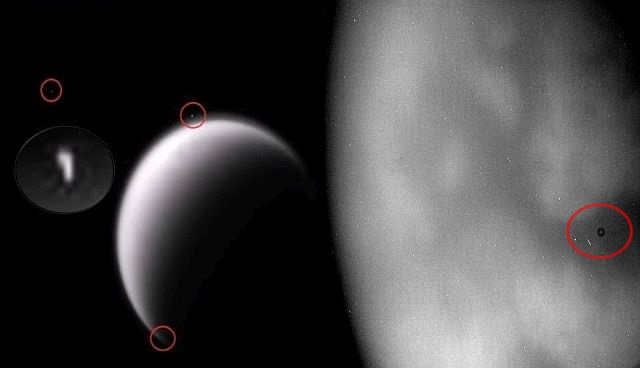 NASA’s Cassini spacecraft has had its last close brush with Saturn’s moon Titan and transmitted images showing strange objects near Saturn’s hazy moon before its final set of 22 orbits around the ringed planet.

The flyby also put Cassini on course for its dramatic last act, known as the Grand Finale. The mission will conclude with a science-rich plunge into Saturn’s atmosphere on Sept. 15, 2017.