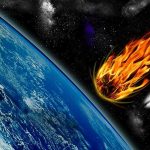 A team of researchers studying a volcanic deposit in South Africa’s mountains has discovered a rock layer characterised by two “anomalous” signals that have since fuelled fascinating new theories. Scientists have reportedly discovered trace evidence of extraterrestrial organic matter in volcanic sediment from over 3.3 billion years ago in the South Africa’s Makhonjwa Mountains. “This is the very first time … Continue reading → 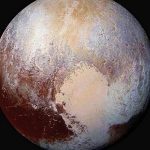 The enigmatic dwarf planet has been throwing up no shortage of surprises over the last few years. When NASA’s New Horizons spacecraft performed a flyby of Pluto on July 14, 2015, it found, not a barren wasteland, but a world filled with a bewildering array of complex and varied surface features. Now scientists in Japan have determined that Sputnik Planitia … Continue reading → 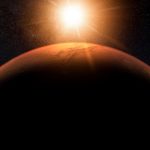 Mars Was Once Blue and a “Water World” Like Earth, Claims Professor

The red planet is considered by the collaborating authors as the likeliest place for life to have evolved, as they claim in their book, called Planets, coming out next week. A new BBC2 series to be screened at the end of this month is set to reveal claims by Professor Brian Cox that the Earth could once have had three … Continue reading → 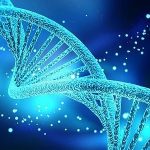 The live, lab-made microbe, which has a fully synthetic DNA code, is the first of its kind ever created. The breakthrough was made by researchers at the laboratory of molecular biology at Cambridge University who redesigned the DNA of E Coli – a commonly found strain of bacteria. The work involved making up to 18,000 edits to the genome, then … Continue reading → 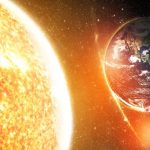 Wandering Earth: Could We Move Our Planet ?

Would it really be possible to physically move our entire planet to a different orbit using giant thrusters? In the Chinese science fiction movie ‘The Wandering Earth’, humanity attempts to avoid a collision with Jupiter by using thrusters to move our planet out of the way. But just how feasible is this idea ? Space systems engineer Matteo Ceriotti lays … Continue reading → 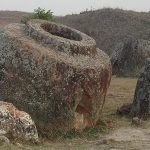 Giant ‘Jars of the Dead’ Found in Laos

Does this discovery lend support to the legends of giants that existed on earth in the long ago past? Give these a read after you’ve read the article below… Ancient Cultures from Around the World Spoke of Giants 2,000-Year-Old ‘Book Of Giants’ Describes How the Nephilim Were Destroyed Letter Revealed Ancient Giants Buried in Alaska Mythical ‘City of Giants’ in … Continue reading → 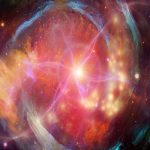 Today our middle-aged Universe looks eerily smooth. Too smooth, in fact. While a rapid growth spurt in space-time would explain what we see, science needs more than nice ideas. It needs evidence that whittles away contending arguments. We might finally know where to look for some. A team of physicists from the Centre for Astrophysics | Harvard & Smithsonian (CfA) … Continue reading → 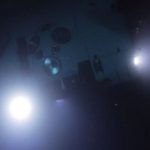 American explorer Victor Vescovo has broken the world record by reaching a depth of nearly 7 miles. The 53-year-old made several trips to the bottom of the Mariana Trench in the western Pacific Ocean as part of an ambitious mission to chart the deepest parts of the sea. Sealed within a submersible vehicle known as The Limiting Factor, Vescovo succeeded … Continue reading → 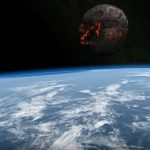 Terrifying video shows a simulation of an asteroid of 500 km diameter colliding with Earth! Earth was born as a result of repeated asteroid collisions, the moon was created by a single giant impact event. Then, Earth’s size attracted huge meteorites, which slammed into it, causing super-high-temperature rock vapour to cover the entire surface and evaporate all ocean water. The … Continue reading → 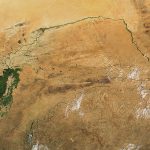