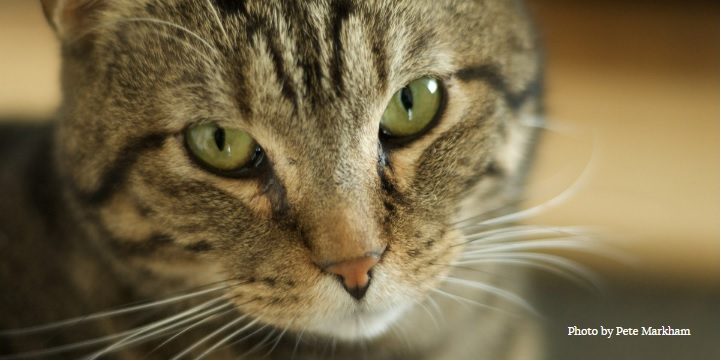 Cats Might Make Skilled Search and Rescue Animals, Here’s Why

Experts say cats may hold even more potential than dogs when it comes to sniffing out missing persons, bombs drugs and diseases.

Cats notoriously turn their noses up to many foods, but this ability to sniff out particular odors holds tremendous potential, according to new research that makes a case for training domestic cats as search and rescue animals.

Cats may even be superior than dogs in this role, since their genes indicate they have better olfactory discrimination power than dogs do, according to the new paper, published in the journal Applied Animal Behavior Science.

“Given the importance of olfaction in cat sensory perception, cats could be trained to discriminate between a variety of odors, therefore serving in working roles for detecting specific humans, medical scent detection, bomb sniffing, or drug sniffing,” said Kristyn Vitale Shreve, who co-authored the paper with Monique Udell.

“Given the popularity of cats, with cats outnumbering dogs by almost 10 million in the U.S. alone, cats may be an untapped resource for this type of work,” said Shreve, a researcher in Oregon State University’s Department of Animal and Rangeland Sciences.

Shreve explained that there are three families of receptor proteins in the scent detection organ of mammals: V1Rs, V2Rs and FPRs. The number of V1R receptor gene variants is believed to predict the mammal’s ability to discriminate different odors. Domestic cats have around 30 V1Rs compared to just nine in dogs, Shreve said. Humans have only two. Rats beat them all, with an incredible 120 V1Rs.

As a result, rats are already being used to detect landmines, and research is underway to use them to detect tuberculosis. The rodents are also being trained now to be search and rescue animals, with five trained rats acing a test that called for them to locate a human in a simulated collapsed building.

Cats may be the nemesis of rats, but like rodents, felines can squeeze into tight places, have the ability to climb, maintain good balance and more. All of these qualities could serve them well in search and rescue missions, according to the researchers.

Cats have a reputation for being difficult to train, but Shreve said challenges could be overcome if care is taken to “socialize the cat to experiences outside of the home, find rewards or experiences the cat most wants to work for, and use positive reinforcement to reward those behaviors you are trying to train.”

In terms of socialization, Shreve has taught kitten training and held a monthly Cat Socialization Club, where felines in a safe space could “mingle,” play with others and eat treats.

Choosing the right food for rewards during training is critical.

“Would you go to work every day to earn your living to be paid in corn?” she asked.

Carnivorous cats may not work for carbohydrate-packed treats, but they may be motivated by cooked chicken or tuna, she said, adding that cats seem even to prefer more intangible rewards, such as play or social interaction.

“I think the public perception of the ‘un-trainable’ cat stops many people from trying to train them for more complex tasks,” she said. “In our kitten classes, adults and children have taught cats to sit, stay, go to mat and stay, stand, spin, high jump, ring a service bell and much more.”

Often the training involves familiarizing a cat with a target (in the classes the target was everything from chopsticks to a food container lid) and then teaching the cat to approach and tap the item for a reward. Once a cat learns this first basic step, the feline can be taught more complex behaviors in order to reach the target.

Shreve and Udell indicate that the “target” can also be a particular odor, such as the scent given off by a type of cancer. Dogs have already shown that they can do this in studies, by touching their muzzle against a test tube when it contains a sample from a person with lung cancer.

Shreve said that the skill is likely underused in cats. One of her own cats, for example, repeatedly sniffed a certain side of another cat’s face in the household. This second cat seemed fine, but then it was later discovered that she had a cancerous growth in the area that the other cat previously sniffed out.

Not all cats are destined for search and rescue work, however.

Shreve said, “Just like in dogs and humans, cats show variability in their social behavior and personalities. So, just like not all dogs or people may be equipped to go out on search and rescue missions, not all cats will either.”