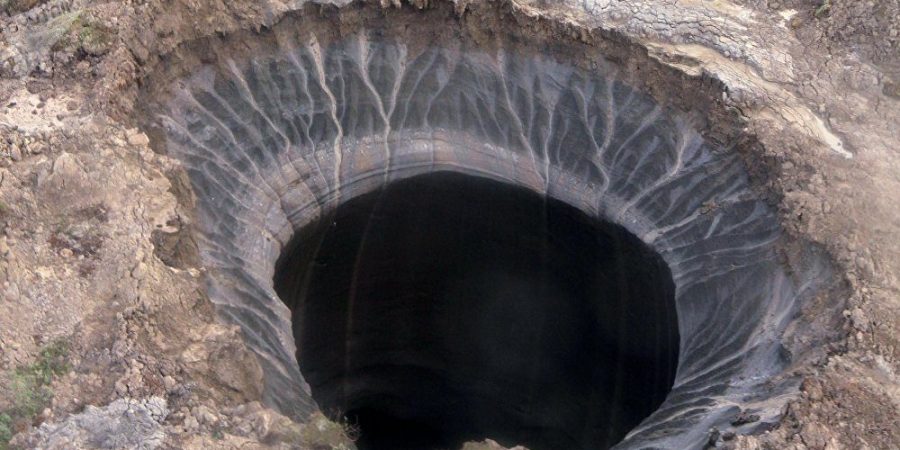 You may recall the famous Yamal craters in Russia. Here are some articles we shared prior in case you need a little refresher:

The unusual natural phenomenon has sparked numerous speculations about the reasons behind it, with one of the ideas even suggesting that this was the result of testing weapons.

Reports of a second explosion of huge craters on the Yamal peninsula in Russia, appeared last week causing renewed discussions about its causes.

Professor from the Moscow Institute of Oil and Gas Vasily Bogoyavlensky suggests that the phenomenon could have occurred amid human exploitation of natural gas resources, which, in turn, resulted in the formation of unstable methane pockets in the permafrost.

The gas gathers under the ice and then the pockets explode, he argued.

“To some extent the mechanisms of volcanism apply here – pressure accumulates, and a release occurs. Then the situation stabilizes,” Bogoyavlensky told The Siberian Times.

Although such processes mostly occur naturally, the scientist noted that one can’t exclude technogenic factors in some cases as well.

Over the last couple of years, there has been a lot of speculation regarding the craters that suddenly appeared in the region in 2014. Some people assumed that the occurrence could be a result of weapons’ tests. However, the majority of scientists argued that the more likely cause would be underground methane explosions.