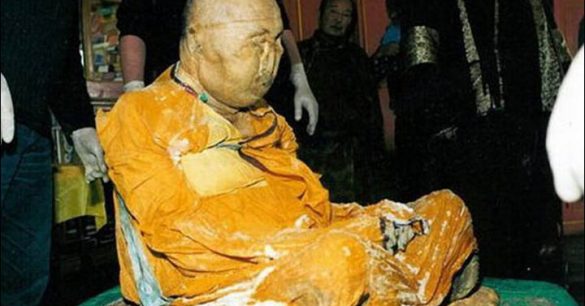 “This is not a joke, that’s for sure. I see a figure of a man on the shot, as you do, and I know precisely there could not be anyone in the Palace of Khambo Lama Itigilov at this time.”

If you can’t believe a religious leader examining CCTV footage of what looks like a mummified monk moving around a museum, who can you believe? Lama Damba Ayusheev, the current head of the Buddhist Traditional Sangha, agrees with many who examined security camera images of the well-preserved remains of Lama Dashi-Dorzho Itigilov appearing to move around outside of his glass sarcophagus in his palace museum near Ulan-Ude in Siberia.

Lama Itiligov is more renowned dead than alive – if he’s really dead. He was a Buddhist religious leader in Russia prior to the Bolshevik Revolution and became famous and reviled in 1926 for warning his fellow monks to leave what was now the Soviet Union because it was being overrun by “Red teaching.” Lama Itiligov died in the lotus position and, per his request, was buried that way in a pine box. 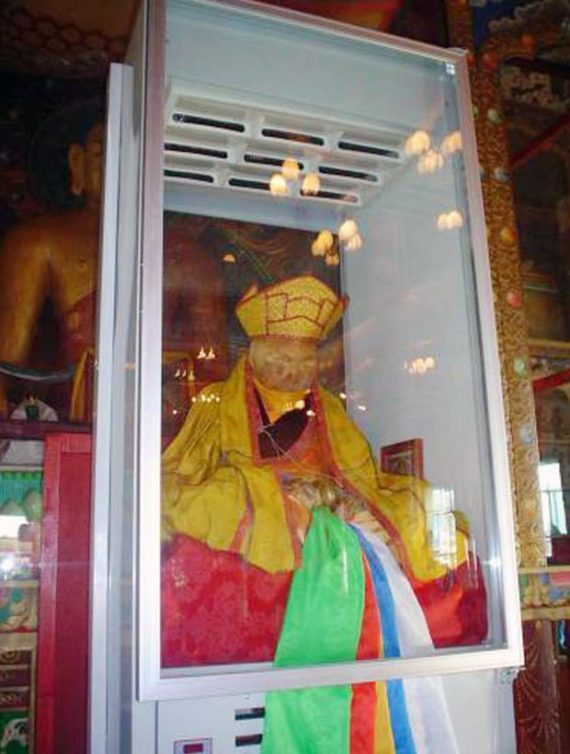 How did Lama Itigilov get out of this case?

Another request of the dying lama was that he be dug up in a few years. So, in 1955, again in 1973 and finally in 2002, his remains were exhumed and found to be in remarkably good shape for someone who was allegedly dead and not mummified. While there are rumors the lama’s body have been secretly preserved in salt, more prefer to believe he’s in a nirvana state of hibernation and is still alive. This is a different state than another monk found in Mongolia who was believed to meditate himself into self-mummification and is still alive.

A sure sign of life is moving around and that brings us back to the security camera footage. Unfortunately, it’s not a video but a sequence of photographs. They appear to show an unidentifiable figure moving around the museum, According to Lama Damba Ayusheev, the camera was triggered by movement in the room where the mummy Lama Itigilov was.

“One image shows a grainy figure in the foreground, while a second, a day later, shows a similar figure close to or on a sofa. I see a figure of a man on the shot, as you do, and I know precisely there could not be anyone in the Palace of Khambo Lama Itigilov at this time. The lama is in five or six metres down the hall on his throne, and this place [where the man stands] is at the front door.” 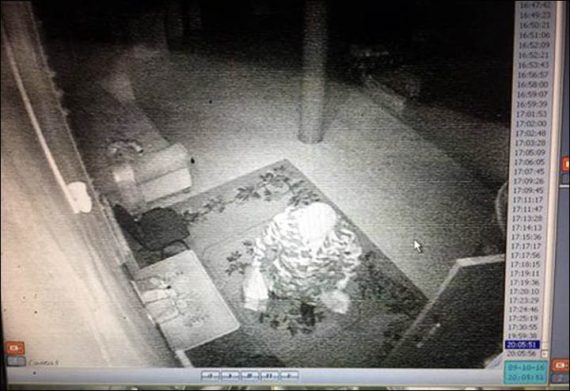 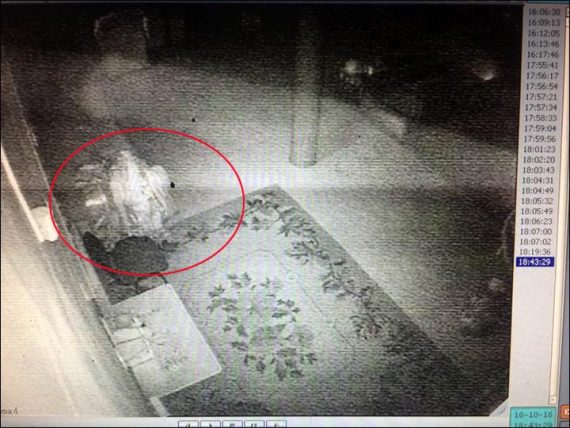 The time of the first photo was 8:05 pm when the museum was closed to the public. However, the building was occupied by security guards and some suggest the fuzzy picture shows guard possibly dressed in military fatigues, carrying two bags and wearing shoes. That’s a lot of detail to pick out in a “fuzzy” picture.

Looking for meaning in the monk’s movement and military-like make-up, Tubden Baldanov, a spokesman for the Buddhist Traditional Sangha of Russia, speculated:

“The fact that he appeared in camouflage … We do not know. Maybe it’s some kind of sign? Maybe he says something? Perhaps, that the international organisations should work on peace?”

Whether you believe Lama Itigilov is alive and on the move or not, that’s still a good message that he would undoubtedly approve of.