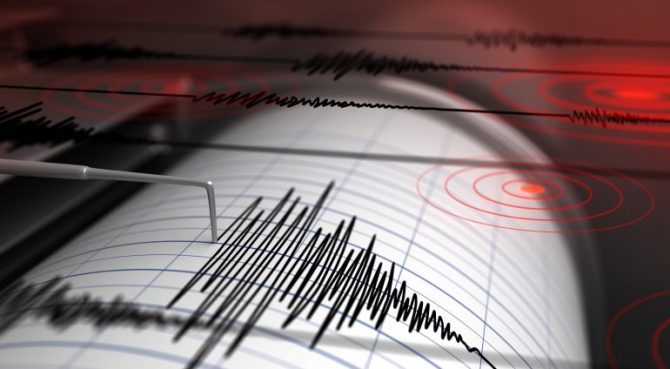 Central Italy Hit by More than 65,500 Earthquakes Within 9 Months

More than 65,500 earthquakes have hit Central Italy within nine months.

And it is not close to stop: 100 and 150 tremors shake the region on average each day. 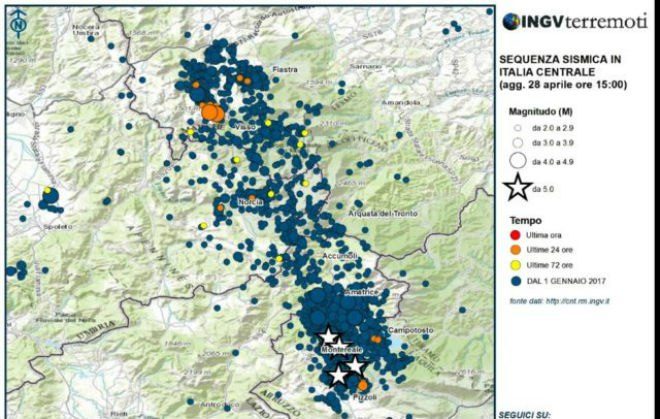 More than 65,5000 earthquakes hit Central Italy since August 2016. This map presents the last tremorsthat hit since the beginning of this year. Seismicit is mainly concentrated in the area where M5.0 and M5.5 hit on January 18, 2017. On April 27, 2017, two earthquakes of magnitude greater than M4.0 hit to the northwest (in orange). via INGV

The seismic sequence that currently hits central Italy began in August 2016. According to INGV (Istituto Nazionale di Geofisica e Vulcanologia), it continues to be extremely active with more than hundred quakes being recorded daily. 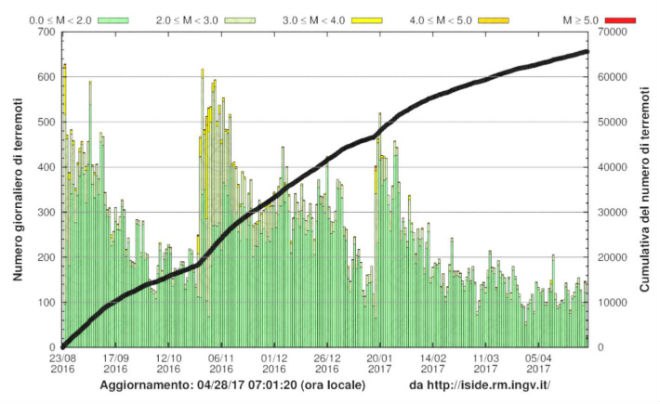 Cumulative number of earthquake in Central Italy. More than 65,500 earthquakes have been reported in 9 months. via INGV

On April 27, two earthquakes of magnitude M4.0 hit within 3 minutes (11:16 pm and 11:19 pm) a few kilometers away from Visso between the provinces of Macerata and Perugia. These are the most powerful quakes in the series since the M5.0 and M5.5 that shook the region on January 18.

The seismic unrest in Italy continues until the next destructive ‘Big One’.