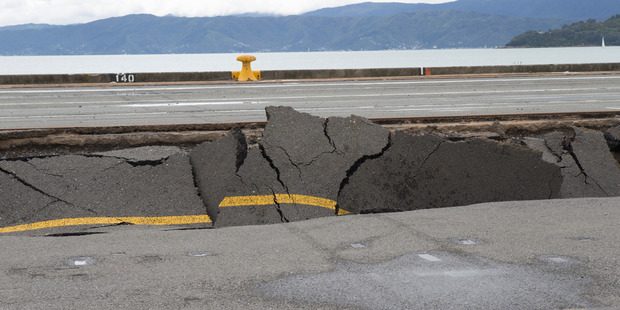 Geonet says there is a 98 per cent chance of an aftershock of 6 to 6.9 magnitude in the next year.

In its latest update on the November 14 Kaikoura earthquake, which was 7.8 in magnitude, Geonet Said that while it can’t predict earthquakes, it could provide forecasts of future aftershocks based on probabilities and possible scenarios.

The most likely scenario was that aftershocks wouLd continue to decrease in frequency over the next year and no aftershocks of magnitude 7 or larger would occur.

Felt aftershocks (those over magnitude 5) would occur in the area from North Canterbury to Cape Palliser/Wellington.

There was a 54 per cent chance of a quake of that size occurring within the next month.

Most aftershocks of the Kaikoura earthquake were occurring throughout a broad area from North Canterbury through to Cook Strait that surrounded the faults that ruptured in the November quake. Although a few had occurred in the lower North Island.

“Some of these may be more unsettling to you than others,” it said in a blog post.

“We recognise that while these scenarios may increase anxiety the best thing is to be prepared. Remember: To drop, cover and hold in an earthquake. If you feel a long or strong earthquake and you are on the coast, evacuate immediately.

The probability of “damaging earthquake shaking from” aftershocks over the next 20 days around the wider Kaikoura/northern East Coast of the South Island, was around 30 to 40 per cent.

The probability in the Wellington area was less than 2 per cent.

Christchurch’s aftershock probabilities were not greatly affected by the magnitude 7.8 Kaikoura earthquake.

A tsunami was created by the magnitude 7.8 Kaikoura earthquake, and scientists were still analysing the tsunami data and collecting information on its impacts.

“Remember, if an earthquake is too strong to stand up in, or lasts longer than a minute, move inland or to higher ground immediately,”Geonet said.

“Do not wait for a siren or an official warning.”

The earthquake caused thousands of landslides in North Canterbury, Kaikoura and Marlborough.

The landslides remained dangerous and could move at any time.

“Please be careful around landslides and cracks in slopes,” Geonet said.

“Heavy rain can pick up and carry landslide material and cause debris flows and debris floods (flash floods).”

Landslides had also dammed several rivers and could breach, particularly in heavy rain.

“Please be careful and avoid riverbeds downstream of dams. Take care of yourselves and others – physically and mentally.

“Earthquakes can be scary. It is normal and ok to be a bit scared about things that are scary. But the best thing you can do is take action and be prepared.”

The Kaikoura quake struck just after midnight on November 14 and caused widespread damage to roads and property in the region, as well as in Wellington.

Where to get help

• If you are anxious about the earthquakes and this is affecting your ability to go about your daily life the All Right? Hotline (0800-777-846) is a great resource where you can talk about any anxieties or concerns that you have regarding the earthquakes.

• Remember to also seek support with friends and family, and to take time out to do things you enjoy.