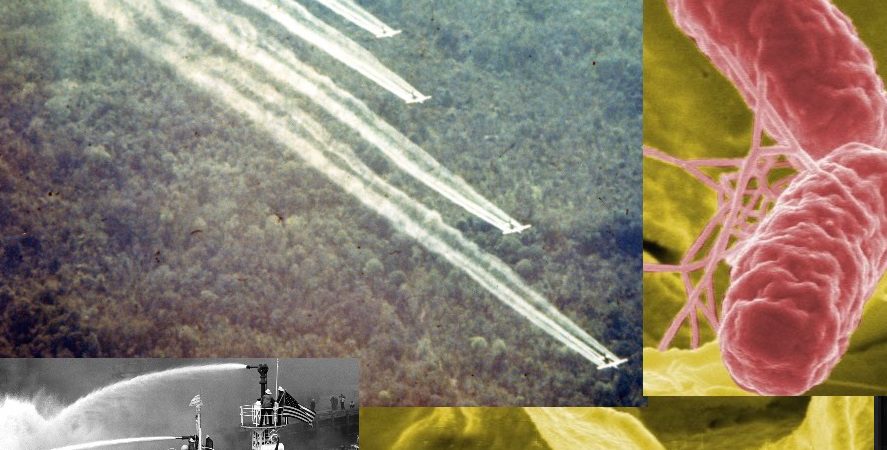 This video makes the case that there are two different distinct agendas of “chemtrails” sprayed out of airplanes: there is weather modification or geoengineering, and then there are biological warfare experiments and toxic chemicals that seem to be disguised by the geoengineering materials, which contain such things as aluminum and barium.

It would seem as if the geoengineering spray could disguise other biological warfare agents and chemicals used for completely different purposes.

This video explores an astoundingly long history of U.S. government experiments on citizens with biological warfare agents and chemicals, from the spraying of San Francisco with bacteria in “One of the largest human experiments in history,” to the potential murder of CIA, MK ULTRA chemist Frank Olson who worked at Ft. Detrick.

We explore Ft. Detrick and how Nazi scientist Dr. Kurt Blome “admitted he had worked on Nazi bacteriological warfare projects and had experimented on concentration camp prisoners with bubonic plague and sarin gas at Auschwitz,” and was saved from the Nuremberg Trials by the U.S. to later participate in biological warfare experiments on U.S. citizens at Ft. Detrick, as part of MK ULTRA.