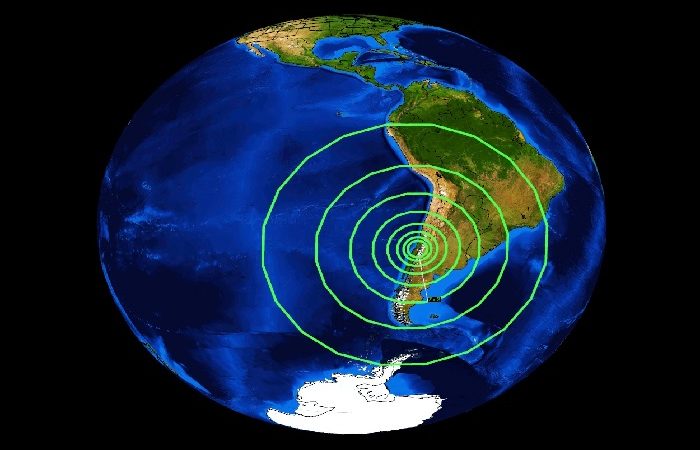 The South American country, which sits upon the dreaded Ring Of Fire, could be in store for another huge earthquake within the next decade, according to a new study.

Seismologists from Chile and France made the terrifying prediction, and claim it could be the “earthquake of the century”.

By analysing previous earthquakes, including the deadly 8.4 tremor in September 2015, the researchers noted that tectonic movements beneath the surface could soon rupture.

The experts believe, according to the study published in the journal Earth and Planetary Science Letters, that “the powerful mega-earthquakes in South America are one of the three consequences of the submersion of the oceanic plate of Nazca under the continent at a high speed, about 80 millimetres per year”.

The team believes that the plate will release its tension every 70 years or so, and that residents of Chile will experience the devastating consequences within 10 years.

The scientists add that the epicentre of the earthquake is likely to be in Valparaiso, 100 kilometres from the capital of Santiago.

The earthquake could reach 8.3

Chile has been hit by a string of earthquakes in recent weeks, with April being a particularly seismically active month.

On 24 April, a huge 7.1 magnitude tremor took place just off the coast of Valparaiso, Chile’s third most populated city.

Chilean authorities ordered an evacuation of the area near Valparaiso amid fears of a tsunami – although the evacuation was later cancelled after it was deemed safe.