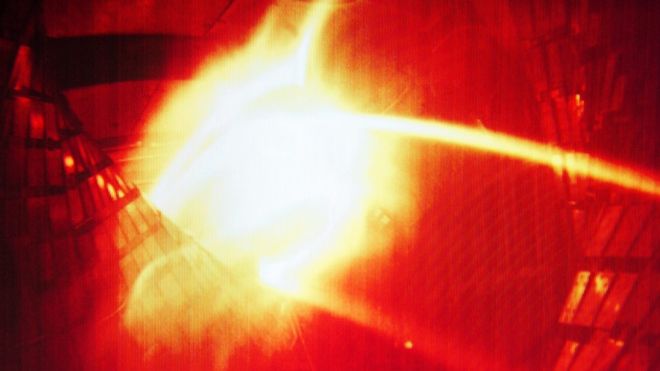 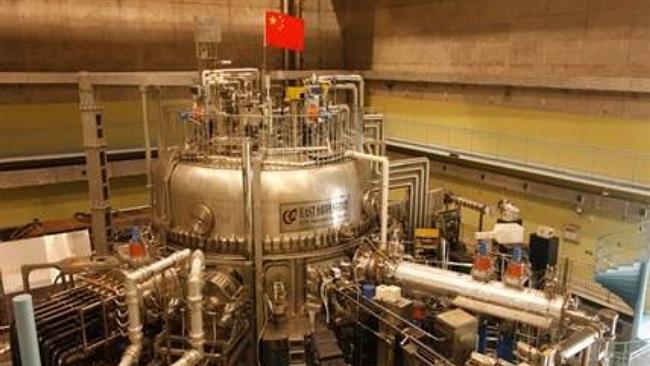 The Chinese nuclear reactor, known as the Experimental Advanced Superconducting Tokamak (EAST), located in eastern China, features a hollow metal chamber in the shape of a doughnut, in which seaming hydrogen atoms turn into plasma. Strong magnetic fields are used to keep the plasma away from the walls.

Chinese scientists have managed to create searing plasma through heating hydrogen gas three times hotter than our Sun’s core in a controlled experiment in eastern China, paving the way for a migration from depleting natural reserves towards more stable, sustainable, and controllable energy resources.

The experiment was conducted in the doughnut-shaped chamber of a magnetic fusion reactor last week at the Institute of Physical Science in Hefei, the capital of Anhui province, where nuclear scientists heated hydrogen up to a temperature of around 50 million degrees Celsius, the South China Morning Post reported on Friday.

A few days before the Chinese experiment, German scientists, in a similar experiment, used two megawatts of microwave radiation to heat hydrogen gas and create plasma. They managed to reach a temperature of 80 million degrees Celsius but could only maintain it for a fraction of a second. 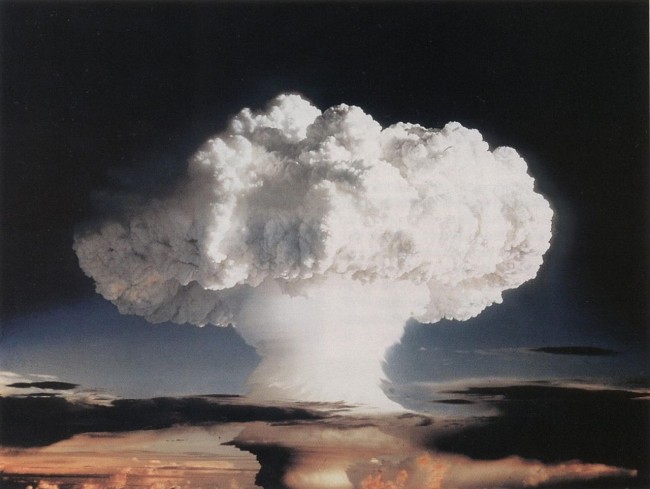 The first Hydrogen bomb, tested by the United States, produced a mushroom cloud of massive destructive force at Enewetak Atoll islands in the Pacific Ocean on November 1, 1952. (Wikipedia)

The officials at EAST hope to approximate the solar nuclear fusion conditions, which occur deep inside the sun and convert hydrogen atoms into heavier ones, like Helium. In such fusion reaction some tiny portions of matter turn into massive amounts of energy through fusing Hydrogen nuclei together.

The team, however, are halfway in their endeavor as they must reach 100 million degrees Celsius and maintain it for over 1,000 seconds (some 17 minutes) to mimic solar nuclear fusion reaction and produce controlled energy.

Humans have so far managed to create fusion energy through detonating nuclear bombs, dubbed thermonuclear or Hydrogen bombs, but the problem is the destructive and uncontrollable energy they release. The first such bomb was tested by the United States in 1952 in Enewetak Atoll islands, located in the Pacific Ocean.