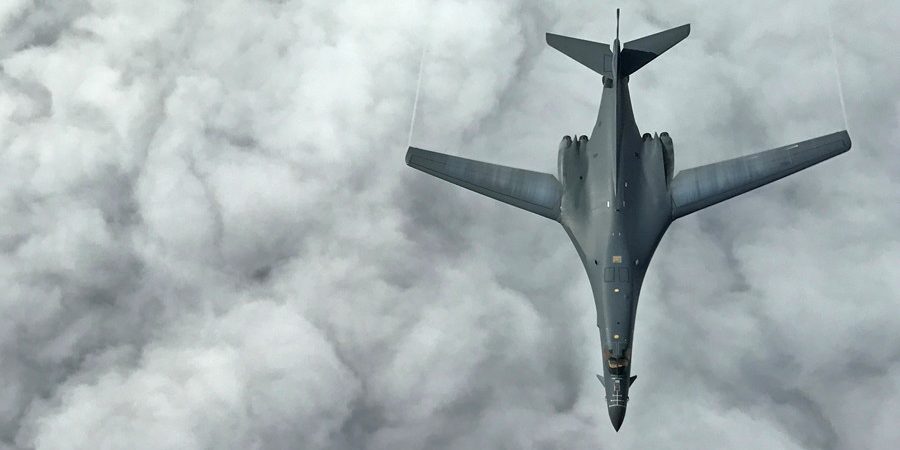 Beijing spoke out after two US long-range supersonic bombers flew over the disputed South China Sea, saying it opposes the use of freedom of overflight as an excuse to harm its security. The leaders of the US and China are set to meet Friday.

The statement came after the US Air Force confirmed earlier on Friday that two B-1B Lancer bombers from Guam had flown over the disputed waterway.

Prior to the flyover, the Lancers conducted exercises with Japan in the East China Sea, representing the first time the two forces had conducted joint night-time drills.

Virtually all of the South China Sea is claimed by Beijing, despite conflicting claims from Brunei, Malaysia, the Philippines, Vietnam, and Taiwan.

The US has been exercising freedom of navigation over the sea in recent weeks, with two Lancers from Guam flying over the waterway last month. A US warship also carried out a maneuvering drill within a short range – reportedly just 12 nautical miles – of one of China’s artificial South China Sea islands in late May.

Washington has criticized China’s construction of artificial islands in the disputed Spratly chain. The islands have runways, aircraft hangars, radar sites, and hardened surface-to-air missile shelters, according to satellite photos analyzed by the Washington-based Center for Strategic and International Studies (CSIS).

The Friday flyover comes as US President Donald Trump prepares to meet Chinese President Xi Jinping on the sidelines of the G20 summit in Hamburg. The two leaders are expected to discuss North Korea.

Trump has repeatedly urged Beijing to put pressure on Pyongyang as its sole economic lifeline, but tweeted on Wednesday that such cooperation seems unlikely.

Trade between China and North Korea grew almost 40% in the first quarter. So much for China working with us – but we had to give it a try!

“Trade between China and North Korea grew almost 40% in the first quarter. So much for China working with us – but we had to give it a try!” Trump wrote.