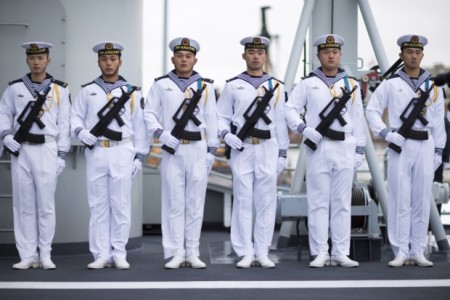 The possibility of a nuclear strike against the U.S. is higher than ever. It is believed that China is one step from starting an all-out war on the U.S.

Lyle Goldstein, Associate Professor in the China Maritime Studies Institute at the U.S. Naval War College, says that the Chinese Navy is being set-up in order to launch a nuclear strike against America.

One particular graphic of the Chinese ballistic missile strikes by nuclear-armed rockets against the United States, published in the Naval & Merchant Ships counts for a lot!

There are even marked the best points for a hit in New York, that would make the Chinese nuclear arsenal more effective.

The Chinese Navy is also being developed on a long-term horizon and is being equipped with nuclear capabilities.

This data, according to the National Interest, confirms that Beijing works on some of its far-sighted nuclear plans to become a reality one day.