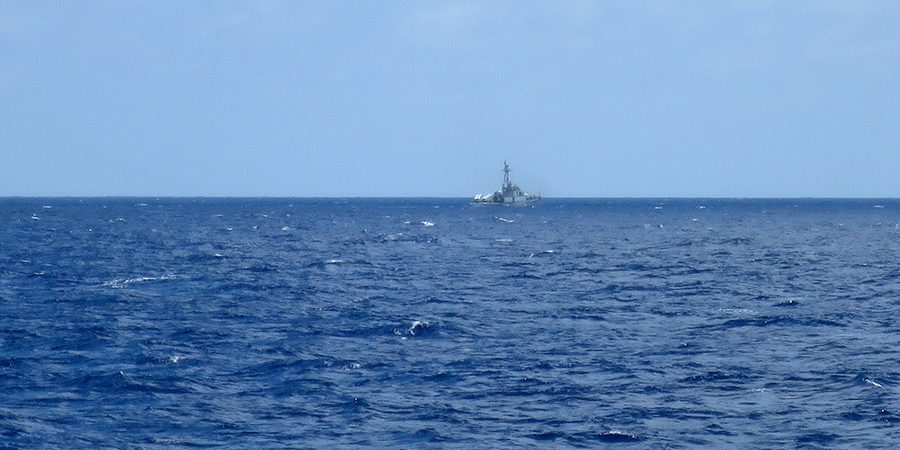 The mission of the survey ship, USS Bowditch, had been sampling and data collection of surface, midwater and ocean floor measurements.

The Bowditch was sailing about 100 miles off the port at Subic Bay when the incident happened. The survey ship had stopped to pick up two underwater drones when a Chinese naval ship that had been shadowing the Bowditch put a small boat into the water. The small boast came up alongside and the Chinese crew took one of the drones.

The United States is calling for the return of the drone, which was seized in the South China Sea on Thursday, according to Reuters.

Bowditch received no answer from the Chinese on the radio when it said the drones American property, according to US defense officials. The survey ship was about to retrieve the drone before it was captured.

US oceanographic research vessels are often followed by the Chinese on the assumption they are spying.

The Pentagon has confirmed the information first reported by Reuters.

Washington has committed to beefing up its military presence in the region and has been conducting stepped-up naval patrols and exercises in the South China Sea, which is adjacent to the Chinese mainland and key military bases on Hainan Island.

The US Navy insists on its right to operate throughout the area, including waters close to China’s new outposts. It has carried out three so-called ‘Freedom of Navigation Operations’ (FONOPs), sending warships within the 12-nauticial mile territorial limits of islands claimed by China.

Beijing has strongly criticized such missions.

A US think tank says recent satellite images appear to show that China has installed anti-aircraft and anti-missile weapons on its man-made islands in the South China Sea.

In a report released on Wednesday, the Center for International and Strategic Studies said the anti-aircraft guns and weapons designed to guard against missile attack have been placed on all seven of China’s newly created islands.

The outposts were built in recent years by piling sand on top of coral reefs followed by construction of military grade, 3,000 meter (10,000 foot) airstrips, barracks, lighthouse radar stations and other infrastructure.

The think tank based its conclusion on satellite images taken in mid-to-late November.

In September the Pentagon said it wanted to “sharpen its military edge” in Asia Pacific.

Defense Secretary Ashton Carter said the Pentagon will focus efforts on modernizing its military capabilities in the region including Air Force modernization of the KC-46A tanker, B-21 bomber and F-35 joint strike fighter.

China has been critical of the US expansion in the region. In early September the Chinese Defense Ministry warned the US against deploying the Terminal High Altitude Area Defense system in South Korea.

China also warned Tokyo against “playing with fire” and joining US-led naval “patrols” and in the South China Sea, after Tokyo announced plans to increase joint military activities with the US to counter Chinese dominance earlier in September.

The US has military bases in at least 74 countries worldwide, including a number of facilities in Asia Pacific. Japan, the Philippines, South Korea, Singapore, and Guam all host American military bases, while US military personnel is also deployed in Thailand.