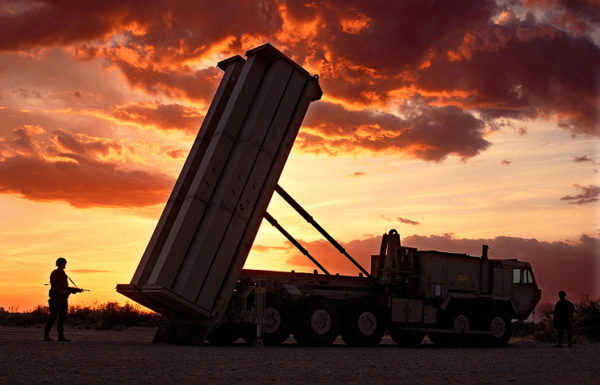 China has reaffirmed its strong opposition to the US deployment of an advanced missile system in neighboring South Korea, warning that Beijing would take necessary steps to protect its interests.

“With THAAD, the US and South Korea seriously destroyed the local regional stability and seriously damaged the strategic interests of countries in the region, including those of China,” the Chinese official said.
He called on Washington and Seoul to cease the project.

“China will resolutely take the necessary steps to protect our reasonable interests,” Lu added, without elaborating.
On Friday, the United States and South Korea said they had made a final decision to deploy the missile system in the South, claiming it will only be used in defense against what they called North Korean threats. 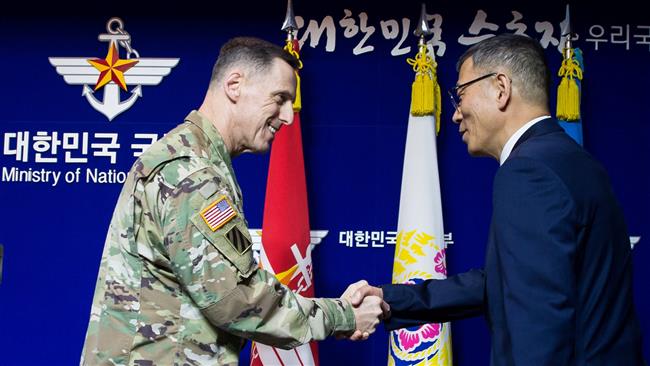 China, which shares a border with North Korea, has been voicing its opposition to the deployment of the system for months, warning it would destabilize regional security.

Washington and Seoul began intense consultations on THAAD after North Korea conducted its fourth nuclear test in January, which was followed by a satellite launch and a string of test-launches of various missiles.

According to the South Korean Defense Ministry, the US missile system will be deployed in the southeastern county of Seongju to maximize its effectiveness while minimizing any impact on residents and the environment. The ministry has also said it aims to have the system operational by the end of 2017.

The deployment has sparked protests from residents, including those of Seongju, located 296 kilometers southeast of the capital, Seoul. 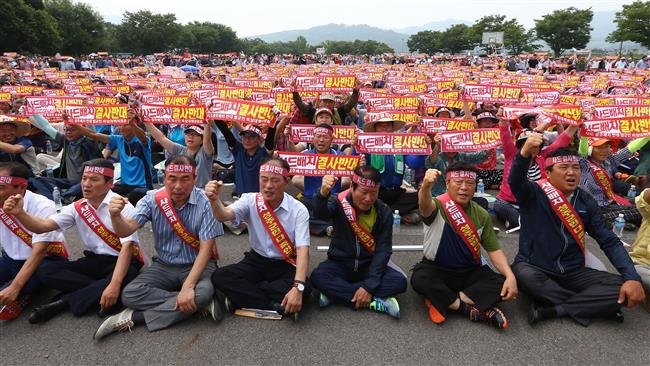 Protesters shout slogans during a rally to oppose the deployment the US missile system in Seongju, South Korea, July 13, 2016. ©AP

Meanwhile, Russia has also voiced opposition to the plan, saying the missile system tends to undermine stability in the region and “most negatively affect global strategic stability.”

North Korea’s military has also threatened to take “physical action” in response to the deployment of the missile system on the Korean peninsula.

THAAD has been designed to intercept ballistic missiles inside or just outside the atmosphere during their final phase of flight.