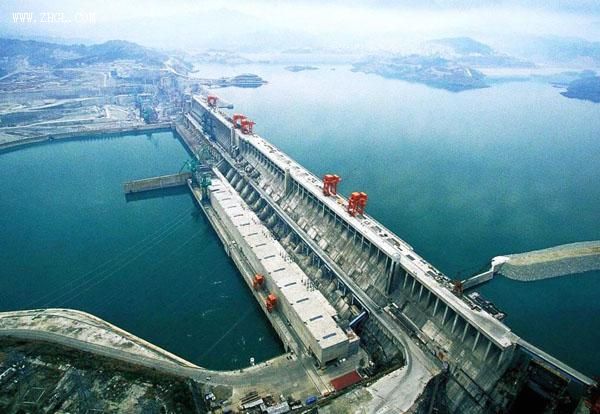 The filling of the reservoir behind Three Gorges Dam in China changed the rotation of the Earth.

The Three Gorges Dam is a hydroelectric dam that spans the Yangtze River by the town of Sandouping, located in Yiling District, Yichang, Hubei province, China. Except for a ship lift, the dam project was completed and fully functional as of July 4, 2012

It the world’s largest hydroelectric power station by total capacity, which will be 22,500 MW. When the water level is maximum at 175 meters (574 ft) over sea level (91 meters (299 ft) above river level), the reservoir created by the dam is about 660 kilometers (410 mi) in length and 1.12 kilometers (0.70 mi) in width on average. The total surface area of the reservoir is 1045 square kilometers, and it will will flood a total area of 632 square kilometers, of land. The reservoir will contain about 39.3 cu km (9.43 cubic miles) of water. That water will weigh more than 39 trillion kilograms (42 billion tons).

A shift in a mass of that size would affect the rotation of the Earth due to a phenomena known as the moment of inertia, which is the inertia of a rigid rotating body with respect to its rotation. The moment of inertia of an object about a given axis describes how difficult it is to change its angular motion about that axis. The longer the distance of a mass to its axis of rotation, the slower it will spin. You may not know it, but you see examples of this in everyday life. For example, a figure skater attempting to spin faster will draw her arms tight to her bodies, and thereby reduce her moment of inertia. Similarly, a diver attempting to somersault faster will bring his body into a tucked position.

Raising 39 trillion kilograms of water 175 meters above sea level will increase the Earth’s moment of inertia and thus slow its rotation. However, the effect would extremely small. NASA scientists calculated that shift of such as mass would increase the length of day by only 0.06 microseconds and make the Earth only very slightly more round in the middle and flat on the top. It would shift the pole position by about two centimeters (0.8 inch). Note that a shift in any object’s mass on the Earth relative to its axis of rotation will change its moment of inertia, although most shifts are too small to be measured (but they can be calculated).