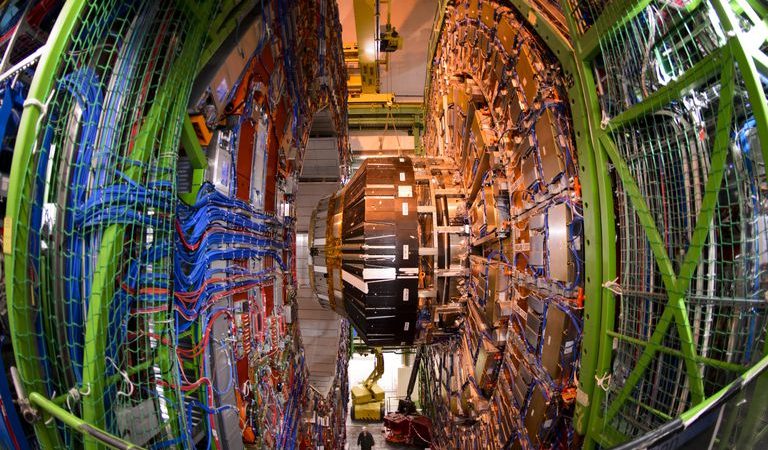 When a series of collisions beneath the French-Swiss border seven years ago confirmed the existence of an elementary particle, it set off a chain reaction in the world of Chinese physicist Wang Yifang.

The subatomic crashes in the Large Hadron Collider had verified the existence of the elusive Higgs boson.

The confirmation of the “God particle” resolved a number of fundamental scientific debates stretching back generations and capped decades of work by thousands of researchers.

But for Wang, director of the Institute of High Energy Physics in Beijing, the moment was just the start of a new beginning.

For Wang, the next step was to come up with the next generation of particle collider, a factory that could generate Higgs boson particles en masse.

Different subatomic particles are responsible for giving matter different properties. One of the most mysterious and important properties is mass: some particles like protons and neutrons have mass, while others, like photons, do not. The Higgs boson is believed to be the particle which gives mass to matter, according to scientists.

The collider, dubbed the largest machine in the world and operated by the Organisation Européenne pour la Recherche Nucléaire (CERN), verified the existence of the elusive Higgs boson, a landmark event in particle physics.

But now China aims to construct a next-generation 100-km proton-proton circular electron-positron collider that will dwarf the European facility. The giant underground collider is designed to fire protons at near light speed and smash them together to mass produce the transient Higgs bosons for intensive study.

A funding proposal was submitted by the Chinese Academy of Sciences to the central government in November, after the academy’s Beijing Institute of High Energy Physics finalized a detailed concept design. The first component is expected to be installed from 2022 with several sites having been suggested, including Qinhuangdao in Hebei province near Beijing, Yan’an in Shaanxi province and Shanwei in the southern Guangdong province, according to Chinese papers.

China is pouring in money and talent in a race against similar projects initiated by Japan and Europe to build a “God particle” factory, undaunted by prohibitive costs.

Japan has reportedly started designing its new collider after hearing about China’s plan, though the controversy is that the proposed site is in a seismically active zone, while the CERN has been working on plans for two new colliders, though it will have to break all the red tape to secure approval from all European Union member states to get the funding it needs.

We can only hope that this race to disclose the invisible God particle doesn’t lead to the end of our World!