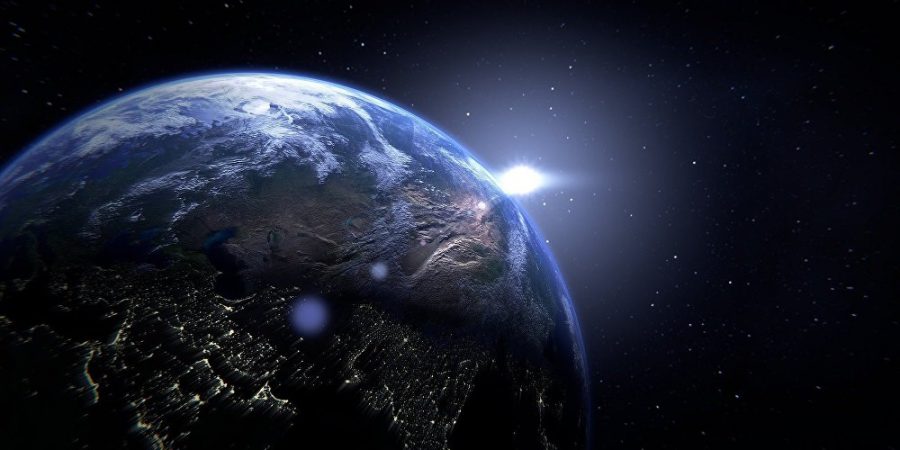 In February, scientists updated the coordinates of the magnetic North Pole a year ahead of schedule after finding that it has been accelerating on its way from Canada to Siberia. The news has prompted scholars to consider what will occur when Earth faces a geomagnetic pole reversal, i.e. the flipping of the position of the magnetic north and south.

Dr Hugh Ross, Canadian astrophysicist, pastor and old Earth creationist, has commented on the recent reports about the possible consequences of a pole reversal for life on our planet.

“If we lose our magnetic field for a significant period of time, it would have catastrophic consequences for animal life on planet Earth. One thing we notice is we got our strong dipole magnetic field just before God created the first animals. I mean the timing is remarkable”, Dr Ross said, speaking to the Christian Broadcasting Network.

Fortunately, the astrophysicist noted, “these reversals that we’ve been hearing about have happened several hundred times in the past half billion years of Earth’s history”, without a catastrophic impact on life.

“We already have a pretty good idea of what’s going to happen during a reversal – it will be similar to what happened in 1859, when we got hit by a big solar flare. The magnetic field weakens. There was a paper published by a Harvard astronomer just a couple of weeks ago making the point that as long as these reversals are short-lived, it does no damage to life on Earth or to our water loss. We’ve survived several hundred in the past, but it will have significant consequences for our high technology civilization”, Ross stressed.

Specifically, the scientist noted that a powerful solar flare hitting Earth while its magnetic field was weakened would knock out GPS satellites, disrupt communications, and most significantly, damage power grids.

“I think it would be wise, in view of the fact that we know that this is going to happen in the relatively near future, to take steps to protect the world’s power grids. That would cost a few billion dollars, but that’s a whole lot less than experiencing a shutdown of our electric power grids for months or years”, Ross advised. He recalled the 1989 solar flare that affected Quebec’s power grid, costing billions of dollars to repair and prompting the Quebec government to put in place protective measures to prevent such outages from happening again.

According to Ross, so long as the magnetic reversal takes place over a relatively short period of time – a period of decades or a few hundred years, life on the planet would continue as before. “Nevertheless, we should build our house on the rock and not on the sand, and take steps to prepare”, Ross said.

Ultimately, Ross said he hoped that the scientific and media reports on a possible pole flip would “get the attention of the world’s governments” and push them “to take some steps to prepare, just like we prepare for fire disasters or flood disasters. This is something that we know is inevitable”.

In February, the US National Oceanic and Atmospheric Administration and the British Geological Survey updated the location of the magnetic North Pole, calculating that the pole is leaving the Canadian Arctic and moving toward Russia at a rate of over 55 km per year, up from just 15 km per year in the year 2000. This movement is said to be caused by a perpetual tug of war between magnetic field patches in northern Canada and Siberia, with the patches under Russia currently taking the upper hand.