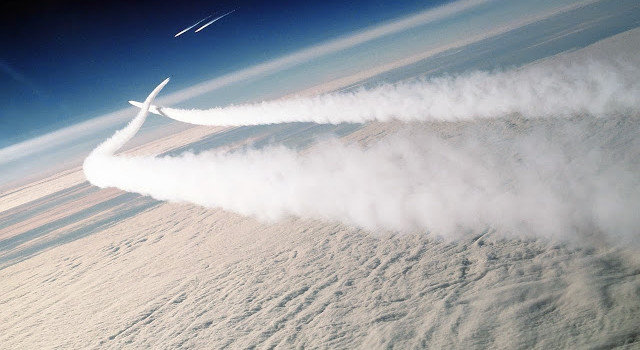 Many nations possess the ability to use weather modification, or geoengineering, as a weapon. The notion is scary, but true; from relatively simple methods such as airplanes that put rain-producing chemicals in the air, to more sophisticated technologies developed in areas like the High Frequency Active Auroral Research Program (HAARP) facility in Alaska, weather manipulation is not only possible, but has already been used as a secret wartime weapon.

The subject of geoengineering as a weapon has been in the news recently, following comments made by Rutgers University climatologist Alan Robock regarding a CIA-funded consultancy firm’s request for information.

Robock explains that the consultants contacted his department at the New Jersey-based university, saying they were hired by the CIA. He says they inquired about whether or not climate experts would be able to determine if another country was attempting to control the climate. The climatologist also says the callers asked, “If we control someone else’s climate, would they then know about it?”

Robock told the consultants that any large-scale weather manipulation would be detectable.

Obviously, the CIA seems to have a very keen interest in the subject of weather modification. In fact, Robock appears to confirm the rumor that the agency contributed to funding for a recently-published U.S. National Academy of Sciences report on geoengineering.

According to the Daily Mail, “Professor Robock said the CIA had told one of his colleagues it wanted to fund the report, but apparently did not want this fact to be too obvious.” Robock found this concerning, saying that “The CIA is a major funder of the National Academies report so that makes me really worried [about] who is going to be in control.”

Altering the weather has been a wartime ploy for years

However, it is likely that many countries now have the capability to modify weather. In reality, weather used as a weapon is not a new concept; several historical examples of weather manipulation used in times of battle exist.

For example, Robock mentions that geoengineering existed in Vietnam, where, for a period of five years, U.S. planes engaged in cloud seeding missions that were successful in increasing rainfall and prolonging monsoon seasons.

The U.S. also used cloud seeding against Cuba in an effort to make it rain and ruin the sugar harvest.

A surprisingly in-depth report on the subject, posted on the website of the local CBS affiliate WCCO-TV, recounts an experiment in geoengineering conducted by the British military during the early 1950s that went horribly awry.

Lauren Casey, WCCO-TV weather team member and author of the post, elaborates on the subject.

She explains that a great deal of rain fell in a short period of time, wreaking havoc on the general area.

“The experiment induced a deluge during which three months’ worth of rain fell in 24 hours. Ninety million tons of water swept down a narrow valley into the town [of] Lynmouth, destroying whole buildings and sweeping residents out to sea. Some 35 Britons lost their lives as a result.”

Research, development and use of geoengineering weapons have been taking place for many decades. Along with a few other countries, the U.S. has obviously taken the idea seriously, as they’ve poured millions of dollars into research.

For example, HAARP, — a facility in Alaska that has put hundreds of millions of dollars into their efforts — has the potential to alter weather on a massive scale by supercharging the ionosphere. In fact, the Air Force has admitted that such weather experiments can, and have, been conducted.

All of this makes one wonder about what the Russians or North Koreans may have up their sleeves in terms of weaponized geoengineering programs, doesn’t it?

Occurrences of geoengineering technologies being used as weaponry may become more common in the future, which is a terrifying prospect. Geoengineering tactics could heighten a war situation or escalate tensions between countries, even when used peacefully.

Robock warns, “If one country wants to control the climate in one way, and another doesn’t want it or if they try to shoot down the planes…if there is no agreement[,] it could result in terrible consequences.”