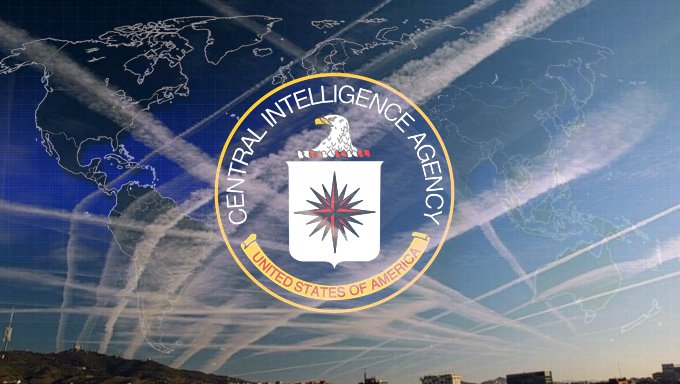 Geoengineering is the deliberate and large-scale intervention into the Earth’s climatic system. This is done through various means, one of which is the spraying of chemicals into the atmosphere via planes. Weather modification actually dates back to the 1940s, when the General Electric Company demonstrated that a cloud of super-cooled water droplets could be transformed into ice crystals when seeded with dry ice.

The Hughes Aircraft Company even has a patent dating back more than twenty years ago, to 1990. You can take a look at it here. It contains 18 claims to reduce global warming through stratospheric seeding with aluminum oxide, thorium oxide, and refractory Welsbach material.

Today, geoengineering programs are spread across various academic institutions. For example, if we look at SPICE, a United Kingdom government funded geoengineering research project that collaborates with the Universities of Oxford, Cambridge, Edinburgh and Bristol, some of the proposed particles to spray in the atmosphere include

SPICE is just one example of multiple programs. It’s always noteworthy to mention that geoengineering has also been used for more mundane purposes, such as to modify the weather in China for the 2008 Olympics. This, to me, seems like a grossly irresponsible use of technology. In fact, there is a great deal of evidence to suggest these programs are already operational, and have been for quite some time. Whether their true purpose is indeed to combat climate change, or something else, is still up for debate.

The CIA and other federal agencies control these programs, and under the guise of national security they remain classified. This means that if they are actually spraying things into the atmosphere, we would never hear about it. A 1996 report conducted by top military personnel in the U.S., titled “Weather as a Force Multiplier; Owning the Weather in 2025,” reveals the supposed urgency to implement these programs.

In addition to specific research programs sponsored by federal agencies, there are other functions related to weather modification which are performed in several places in the executive branch. Various federal advisory panels and committees and their staffs — established to conduct in-depth studies and prepare comprehensive reports, to provide advice or recommendations, or to coordinate federal weather modification programs — have been housed and supported within executive departments, agencies, or offices.

There are literally dozens upon dozens of documents like the ones you see listed above. As you can see, this has been the topic of discussion for many years, but most people are still unaware of it, and these programs have not been publicly discussed until now. That being said, many ‘prominent’ figures have voiced their concerns over the years.

The latest example would be HRH Princess Basmah Bint Saud, humanitarian and daughter of King Saudi, when she compared geoengineering science and programs to weapons of mass destruction, arguing that their implementation is like setting off a bomb without the nuclear explosion. You can read more about in the specific article about her that’s linked below.

Personally, after researching this topic for years, I have come to believe that climate change, while a legitimate threat to our planet, is being used for alternative agendas, and I’m not the only one. It wasn’t long ago when the Australian prime minister’s chief business adviser said that climate change is a ‘ruse’ led by the United Nations to create a new world order under the agency’s control.

You can read more about his comments here. We see the same thing with the ‘war on terror,’ which is now littered with false flag terrorism, or the ‘war on drugs,’ even though the CIA seems to be the biggest drug dealer of them all. The list goes on and on. The global elite are no strangers to creating a problem so they can propose and justify the solution that will best serve their own ends. We seem to be approaching this point with climate change — it’s something that will require drastic measures to solve, so I wonder if geoengineering will be presented as the solution. I hope not.

Below is a video a video of the current CIA director, John O. Brennan, discussing the topic. What are your thoughts?