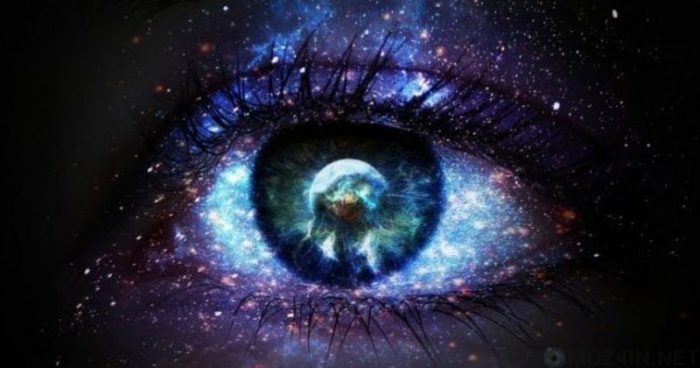 The following formerly classified CIA documents were released by the CIA toward the end the of the Obama administration under the name “Stargate”. I’ve included the CIA document identifier before each excerpt.

From Poltergeists to Blood Seances, let’s get going…

This document covers several atypical topics of a metaphysical occult nature. The first one being blood seances.

“From the very start of the seance, Diebel was intensely watched such that he could not play any fraudulent tricks. Dressed only in bathing trunks, he was seated in an armchair, and the armchair was placed on top of a table so every person present could watch him.”

“On two places of his body ( the left thigh and the left side of his trunk) circles about 5cm in diameter were drawn. Diebel was then asked to make BLOOD come out of these circles.”

“After some time blood was suddenly seen to gush out of the circle on Diebel’s thigh. Several drops of blood ran down his leg. When this circle was examined by means of a magnifying glass, the circle’s skin was found to be completely intact.”

“An experiment to make Diebel’s EYES BLEED did not succeed. All those present declared that they were convinced that the bleeding of the circle on the thigh could not be explained in a normal manner. Dietz stated that Diebel’s bleeding was a paranormal phenomenon.”

Now, what would be the next logical step in the testing process? What is missing? This is the CIA, could it be testing to see if Diebel could make another person bleed perhaps?

VOODOO and the LIVING DEAD

This is a review of a Historical Author Passeron, Aube, Haiti: Horse-men and the living dead.

“The general range of ostensible paranormal phenomena associated with voodoo includes “spirit” voices, xenoglossy (the ability to speak a language without having learned it), levitation, telepathy, divination, healing, and black magic.”

“The author also discussed three case histories of ZOMBIES who had been in the care of Dr. Lamarch Douyon, Director of the Center of Psychiatry at Port-au-Prince.”

“One victim suffered from poisoning, was pronounced dead, and was buried. During this period he had an experience similar to an out-of-body experience of the parapsychological literature.”

“This victim was later exhumed and taken away as a slave. Dr. Douyon explained that a neighbor or relative of the victim pays the “bokor”, or practitioner of black magic, a sum of money to make the victim into a zombie. Victims must be exhumed within 12 hours..”

Not saying the CIA is looking to make zombies but, the CIA is interested in making zombies. Next…

This “document” contains a single photo seen below with the caption – Pilgrims at Mecca: for Muslims, “the worst kind of blasphemy”. 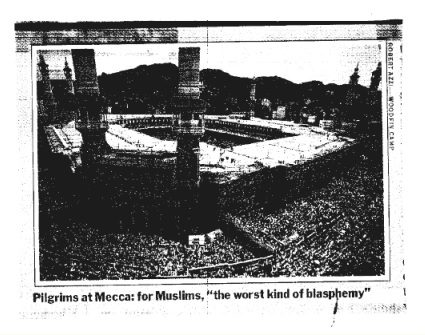 Not really sure what to say about this, other than the CIA might be referring to the apparent worshiping of “al-Hajaru al-Aswad” or the “Black Stone” or a “meteor”.

The stone is said to have fallen from heaven and marked the spot to show Adam and Eve where to build and alter, for killing something, for God. The belief is that the stone was once pure white, but because of our sin, the stone is now black, because it has “absorbed all the sins over the years”. One wonders what this stone is really all about, absorbing or projecting, negativity.

Titled: Parapsychology Abstracts International, Vol. 6, No. 2 December 1988. The author lived in the Mexican rain forest among the Lacandon Indians. Dreams play in important role in the daily lives of the tribe.

“They believe that during sleep the body and consciousness become inactive but the soul gets out of the heart, where it lives, and sails into the invisible world of the night.”

“The soul can take the form of the individual’s animal spirit and launch itself into timeless travel in the world of souls.”

“It can perceive the essence of things. Things about which we dream are in the vicinity of the dreamer.”

“When for instance, a cigar appears in the dream, this indicates that a SNAKE will be coming because the soul of a lurking snake appears in the invisible world as a cigar.”

For some reason, the thought of Cigar Shaped UFO’s came to mind, anyway back to the document.

“Lacondons meet every morning and relate their dreams in order to divert, with the help of the gods, the threatening dangers. Also, when a dream is forgotten it means that the soul did not return to the heart, and the individual may become sick.”

“The author’s dreams during his stay with the Lacandons often had a predictive value in agreement with the tribe’s beliefs. He has learned to trust his dreams. The hallucinogenic plants Ololuiqui and peyote among others were mentioned.”

“The article ends with a Lacondonian prophecy, which the author thinks applies to all of us, announcing that an end to the world will come and the earth will become empty.”

A poltergeist case in Alsatia.

“A physicist of the Institute Universitaire de Technologie in Mulhouse (France), in 1980 reported unusual phenomenon that had been a constant source of disturbance and alarm to Carmen S., to her husband, Jean, and to their little son Michel. Dr. Jacquey hoped that collaboration with the Freiburg Institue might be of help to those concerned.”

“Obviously this was a rare case of poltergeist disturbances which subsequently were investigated by the author in several interviews, lengthy tape recordings, filmed reconstructions, and the provocation of RSPK (recurrent spontaneous psychokinesis) phenomenon under hypnosis.”

“The Focus person was the Spanish-born wife, she produced drawings automatically, and was the leading force in the automatic spelling with the ouija-board method.”

“The poltergeist manifested itself over the years in well-known uniform patterns; beds were moved about, pillows and covers were pulled off, locked doors were inexplicably opened, the contents of cupboards were found to be in disorder, objects disappeared and reappeared.”

“Sounds were mimicked, penetration phenomena (rape) occurred, and so on. Conspicuously, many of the incidents were aggressively aimed at the focus person.”

“This family ended up moving to Gaudelope in escape the attacks, there they found peace, though they still experience strange phenomenon such as rosaries falling from the sky.”

They seem to show that the CIA may have been conducting operations related to monitoring poltergeist activity and producing some of these effects themselves, while monitoring the effects on the public.

It also lists how many did or did not receive “Full Security Approvals” to carry out such activity. Of the 1,175 Operational requests, only 23 were denied.

Another interesting document seems to show who has been running this project, marked “Sanitized Copy” Memorandum for: Bob Gates

“Here is my first stab. For the case studies, I have just tried to describe the issues I would hope the case studies would bring out. Once that is decided, then I would expect the faculty to find the best cases to make those points, among others.”

“In the use of case studies, like Harvard Business School philosophy, I am in favor of the students examining as many of them as their shoulders will support – rather than just a few sample studies.”

“REDACTED – also has a copy”

“FYI, I am doing an initial concept paper on this idea for our use.”

This document also includes an Intelligence Professional Draft Curriculum, listing if they had or had not received support from Short and Long term decision makers, which includes Military and the President.

It then lists “Fundamentals of Collection Technology” for these studies which include Satellites, Airplanes, Radio Intercept and something called “Tradecraft technology”.

Under “Personnel”, as it asks “When have you lost control?”, under “Assets” it talks about the Tactical and National problem of “Orchestrating Community Assets”. I’d like to mention again this is the Sanitized version of the document.

The CIA also includes the White House Memorandum for Henry Kissinger, where he’s asked to verify that he’s discussed the following with the President.

“Discuss planned study of U.S. Policy in cases of expropriation.” Expropriation is the action by the state or an authority of taking property from its owner for public use or benefit.

It seems likely the CIA was identifying locations of high paranormal activity, seizing property when they deemed “necessary”, to advance the study of this phenomenon.

IF YOU ENJOY THIS SITE PLEASE TELL OTHERS ABOUT US…SHARING IS CARING
Start the discussion below..
The views expressed and information presented in this article are those of the writer and their sources – Reposting of this article is allowed with inclusion of full attribution and a link back to this site (BENDEDREALITY.COM) as well as credit to the author of this article. If you are interested in being a guest writer for our site, please CONTACT US and let us know, we would be glad to consider you for a guest writing opportunity (EXPERIENCE NOT MANDATORY).