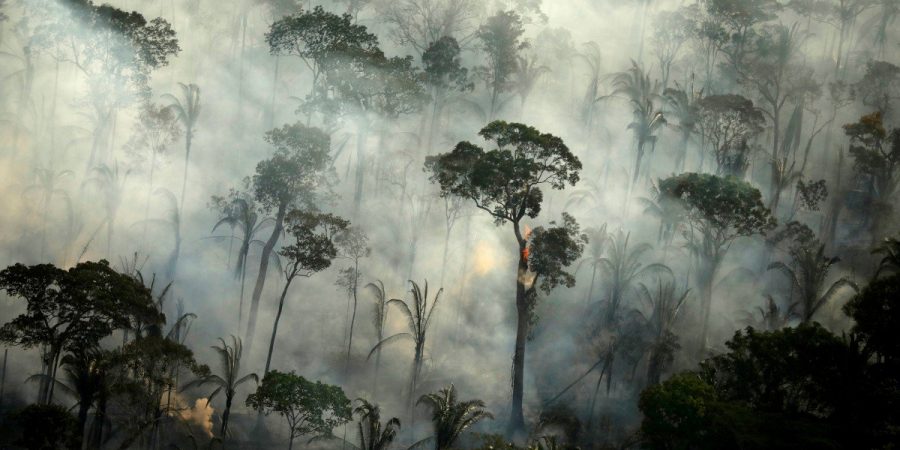 Two theoretical physicists believe that there is a 90% chance that civilization will collapse within 40 years.

The troubling prediction comes courtesy of Dr Gerardo Aquino from the Alan Turing Institute in London and Professor Mauro Bologna from the University of Tarapaca, Chile who maintain that the key contributing factor is the ongoing destruction of the world’s forests.

According to the study, within as little as two to four decades the level of deforestation will be such that Earth will no longer be able to sustain its ever-growing human population.

This is based on the estimate that all of the world’s forests will disappear within 200 years.

“Clearly it is unrealistic to imagine that the human society would start to be affected by the deforestation only when the last tree would be cut down,” the pair wrote.

Particularly damaging will be the impact of deforestation on some of the life-support systems we ourselves rely on for survival, such as oxygen production and water cycle regulation.

The disappearance of the forests will also have a devastating impact on countless animal species.

“It is highly unlikely to imagine the survival of many species, including ours, on Earth without [forests],” the authors wrote. “The progressive degradation of the environment due to deforestation would heavily affect human society and consequently the human collapse would start much earlier.”

“Calculations show that, maintaining the actual rate of population growth and resource consumption, in particular forest consumption, we have a few decades left before an irreversible collapse of our civilization.”

Let us hope that either the study is wrong, or steps are taken to halt deforestation before it is too late.