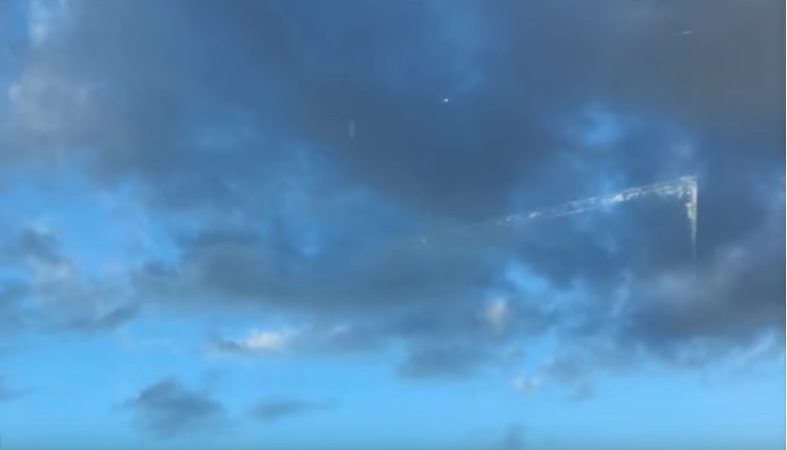 A photographer was out taking shots outside with his high powered camera when this incredible unidentified flying object was photographed.

The massive object is described as appearing as if fading in from another dimensions, perhaps going through a dimensional rift or portal.

For some time the photographer doubted whether he would make the remarkable photo public or not, he finally decided to go ahead and send the photo to the Mutual UFO Network.

Often captures of these objects are not very clear or are suspected to be reflections, however this was photographed outside eliminating the possibility of a window reflection and it is a fairly clear photograph.

The photographer believes more people likely saw the UFO which started to materialize from a cloaked state. 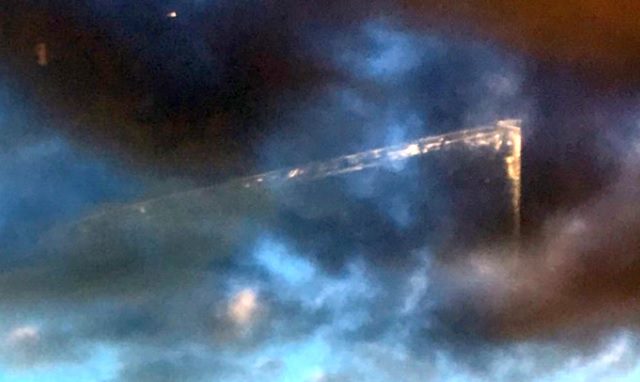 Since there is no official word on this or any other similar sightings we can only speculate as to whether these crafts are of an earthly or an extraterrestrial origin.

We could also logically ask if crafts such as this one could be responsible for the loud and unexplained booms that are reported widely in the US and around the world since such a massive object moving through our skies could very well produce these loud unexplained sounds and house shaking vibrations.