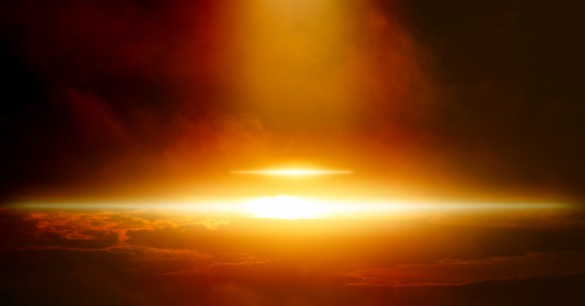 Long before Afghanistan became associated with the “War on Terror,” strange and mysterious things were going on in the skies of the country. And, to the extent that the U.S. Department of State got interested in the matter. We’re talking about UFOs. We’re also talking about files on the matter which have been declassified under Freedom of Information legislation. On February 4, 1981, a Mr. Archard – reporting to the American Embassy in Aslamabad, Pakistan – prepared a document titled “Close Encounters in Afghanistan.” It’s a document that has a distinct UFO theme to it, but which also addresses the matter of the “UFOs” being secret devices/technologies of the former Soviet Union. Whatever the truth, it all began in 1980 and continued to concern U.S. authorities into 1981.

Archard wrote: “I am convinced that there is substance in the many travelers’ reports from Afghanistan that the Red Army is using a type of very powerful, high intensity light there. The light may be used in connection with perimeter defense and/or road security. We have heard and reported accounts of this phenomenon since September, primarily from journalists and adventurers. These have described strange lights illuminating large portions – typically as much as or more than one quarter – of the Afghan sky. The locations of the sightings reported to us have been Ghazni (August 1980), Nuristan (Sept. 1980) and Khost (Jan., 1981).”

The Department of State documentation continues with the following: “Accounts have in common the brightness of the lights, the distances from which they are discernible, and the size of the areas they appear to illuminate (more – perhaps much more – than 5 miles in diameter). Accounts differ in that some speak of narrow beams which are compared with laser or search lights, as a part of the phenomenon. Most, though, speak of more diffused illumination. Accounts differ as to whether lights slowly wax and wane, or reach maximum intensity and turn off instantly.” 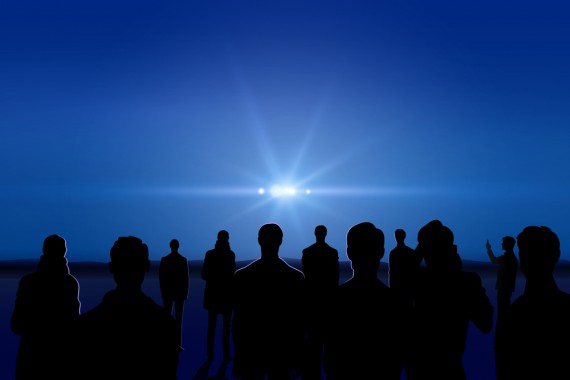 Archard took keen notice of this strange state of affairs: “I had been skeptical about the stories, which have a UFO cast, until NBC producer Joe DeCola returned from Paktia last month. I have gotten to know DeCola well and consider him an accurate, careful observer. While he was passing near Khost (Matun) about Jan. 1, DeCola and his crew ‘saw the light.’ At the time, they were about 12 miles south of the Khost Garrison. When they became aware of it, the light seemed to be at full intensity.”

Archard added that the first impression of both DeCola and his team was that “…it was borne by a helicopter which was searching for them. It did not move, however, nor was any aircraft (or other) motor noise discernible. They left the area as quickly as possible but were sure that the light remained visible and stationary for at least 20 minutes. DeCola’s impression was that the light was generated from an airborne source at an altitude of some hundreds of feet. Because it did not move, and there was no motor noise, he thinks it may have been suspended from a balloon. Like other witnesses, he reports being unnerved by the intensity and magnitude of the lights and wonders if it is intended primarily to frighten potential attackers.”

Archard asked DeCola if he – DeCola – thought it possible that the light could have come from “…something like the hand-held magnesium flares such as are used by the U.S. Army. He was quite sure not, as there was no movement and the duration was much too long. As for mortar-launched flares, there was no explosion and again no drift.” 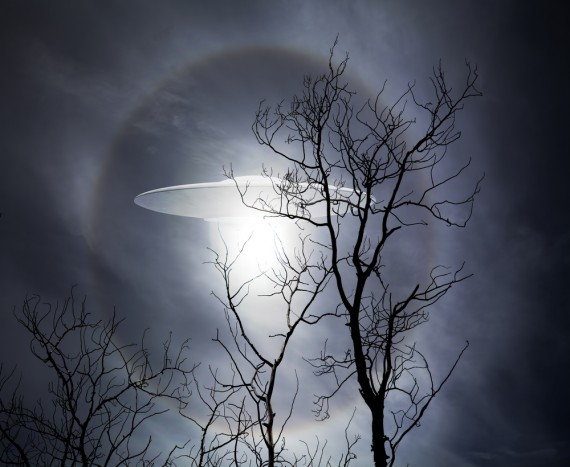 Moving on from the sighting of Joe DeCola, Archard had the following to say from early February 1981: “Another more specific story came Feb. 3 from Frenchman Dominique Vargas based on a sighting near Asadabad, Kunar, in September. Vargas, a professional photographer who seems to have some science as well as military background, claims the light he saw was ‘colder and whiter’ than that from a tungsten source ‘which would burn at 3,500 degrees Kelvin.’ At first sighting, the light illuminated a minimum diameter of 5 to 10 kilometers, in what he described as a perfect and clearly outlined hemispherical shape. The period of illumination was about 15 minutes, with the period of greatest intensity beginning instantly and lasting for two or three minutes. Subsequently, the size of the illuminated hemisphere expanded dramatically, while the intensity of the light within it diminished gradually to nothing. Vargas thought the light source was not airborne, as this would have produced a more than hemispherical shape. As with DeCola, Vargas heard no noises associated with the light.”

Archard signed off with the following: “Interestingly, a night light phenomenon over Islamabad’s Margala Hills was seen by diplomats and others a few months ago and reported in the press. We think this was probably of the moving light, classic UFO school, and not related to the Afghan sightings.”

Genuine UFOs? Some kind of secret weapon or device of the Soviets? Whatever the answer, it’s not to be found in the files of the Department of State. The entire matter remained unexplained.