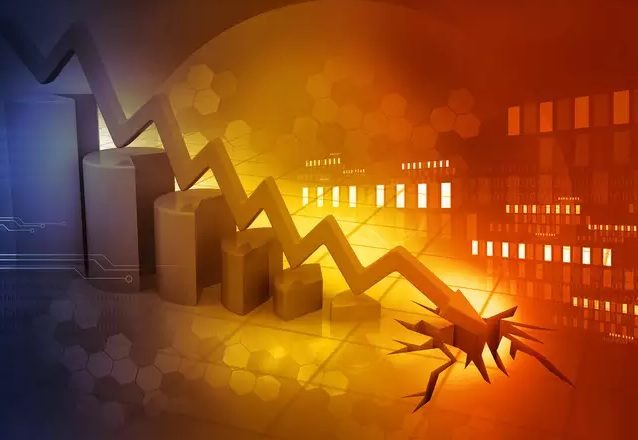 The United Nations warned this week that the COVID-19 outbreak will likely cost the global economy $1 trillion this year, and in a worst-case scenario, the loss could be double that amount.

“We envisage a slowdown in the global economy to under 2% for this year, and that will probably cost in the order of $1 trillion, compared with what people were forecasting back in September,” Richard Kozul-Wright, director of the Division on Globalization and Development Strategies at the UN Conference on Trade and Development (UNCTAD), is quoted as saying in a UN news release.

Under the so-called “Doomsday scenario,” in which the world economy only grows by 0.5% this year, the novel coronavirus could cause “a $2 trillion hit to gross domestic product,” Kozul-Wright explained, also noting that sinking oil prices have been “a contributing factor to that growing sense of unease and panic.” US crude oil prices plunged by 5.8% to $31.08 a barrel after US President Donald Trump announced travel restrictions on foreign nationals from Europe on Wednesday night.

Kozul-Wright also noted that it’s challenging to precisely predict how international financial markets will be affected, creating an air of unease around the coronavirus.

“There’s a degree of anxiety now that’s well beyond the health scares, which are very serious and concerning,” Kozul-Wright explained.

In addition, Kozul-Wright recommended that governments begin preparing for the possibility of a global economic meltdown.

“Governments need to spend at this point in time to prevent the kind of meltdown that could be even more damaging than the one that is likely to take place over the course of the year,” Kozul-Wright explained, also noting that certain European markets could fall into the recession in the next few months, particularly those of Germany and Italy.

Economies that are reliant on the sale of raw materials will also likely be affected.

The Dow Jones Industrial Average index dropped by around 5.9% Wednesday as a result of massive sell-offs brought on by COVID-19 financial concerns. The steep drop ultimately caused US stocks to tumble into the bear market category for the first time in more than a decade after the index fell over 20% since its last peak on February 21.

The virus has infected almost 128,000 people and killed more than 4,700 worldwide, according to the latest data by Johns Hopkins University.

However, despite the growing infection numbers and death toll, World Health Organization Director-General Tedros Adhanom Ghebreyesus told journalists in Geneva, Switzerland, Monday that although the pandemic “has become very real,” the globe is “not at the mercy of the virus.”
In fact, he reaffirmed that 93% of coronavirus-related deaths have been in four countries, which appear to be China, Italy, Iran and South Korea, according to Johns Hopkins data.

The coronavirus yet remains “the first pandemic in history that could be controlled,” Tedros explained.

“The great advantage we have is that the decisions we all make – as governments, businesses, communities, families and individuals – can influence the trajectory of this epidemic,” he added.