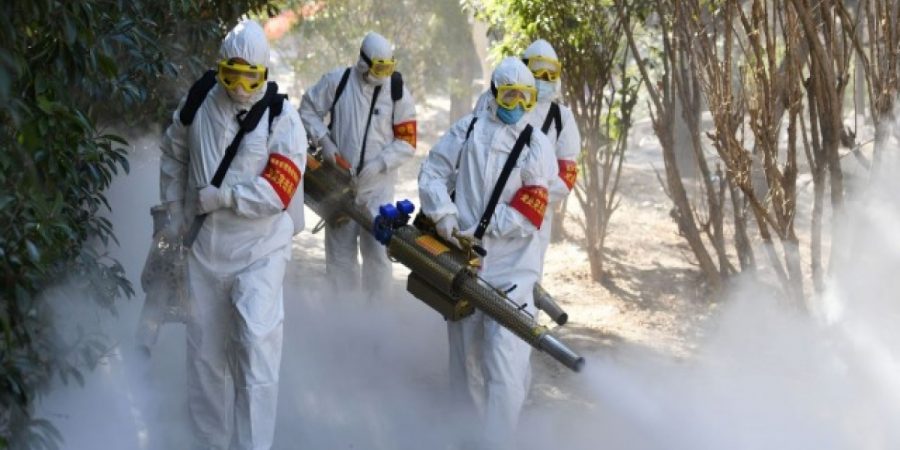 For years I have been prepping for the arrival of planet X I honestly believed that it would have been here by now but it is not anywhere to be seen. I am glad that I did prep because now the Corona virus is here all that prepping has paid off.

The news reported that people were rushing out to the grocery stores to stock up on supplies and they said that there was no need to panic but that is fine for them to say that. I do not blame people for stocking up as the future is uncertain. All that people see is business after business closing down and people are scared that the next thing will be the grocery stores and banks. If that did happen then after the food runs out is when the violence begins. I myself am well prepared for any confrontation that comes my way.

Fortunately for me I live in a community of about 4000 people and surrounded by farms which would help stock my pantry as well as what I grow for my family.

What I decided to do was to go to grocery store and I stocked up on can goods as they last for years, I also went to the bank and drew out a good some of money ($500 to $1000) would be a good amount for the present.

According to the news report they are expecting this to last well into the summer, end of August; that is a long time for people to stay indoors and unemployed. The economy is taking a big hit and all I can hope for is that prime minister Trudeau does the right thing and help those workers out there by giving them cash as they have done in the USA.

I think that Trudeau took way too long to close the boarders down; this has probably increased the death rate as more have been infected.

We have seen movies in the past about pandemics but like you I never imagined it to become reality. China should be held accountable for not disclosing this for over a month and they silenced the doctors and one died, not sure if they killed him or he died from the virus. Trudeau has announced that financial help is on the way, knowing him that’s like saying the check is in the mail. In 1957-58 the Influenza pandemic killed 7000 worldwide but no boarders were closed no businesses closed and the world carried on as usual. In 2009 the influenza (H1N1) infected 60.8 million people and there were over 12000 deaths but again the world carried on as normal. Understanding that this corona virus is more easily transmitted but I am wondering if there is something the government is not telling us? I am not trying to fear monger but as you well know the governments of the world have not got a good reputation for telling the truth or they give you the partial truth leaving out the most important pieces. I have never seen the world panic like this in the 69 years I have been on this planet; this is why the population is panicking and afraid

I personally think that all those western manufactures should pull out of China then the communist reign there will collapse, I am personally very angry that China did not disclose this virus and kept it a secret for approximately a month, they need to pay for this as many people worldwide lost their lives unnecessarily.

This is DDD signing off, more to come.

The views expressed in this article are solely those of the writer and do not necessarily reflect the views of all or other BendedReality staff – If you are interested in being a guest writer for our site, please CONTACT US and let us know, we would be glad to consider you for a guest writing opportunity (EXPERIENCE NOT MANDATORY).