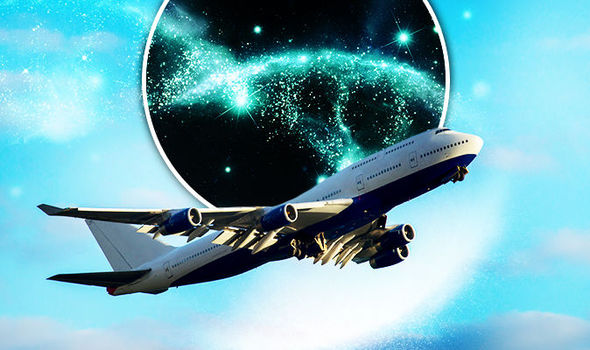 Cosmic Particles Could Cause Malfunctions of Planes In Mid-Flight and Rig Elections, Scientist Warn

Earth is constantly bombarded by cosmic particles which originate from the deep universe and they are wreaking havoc on our technology.

While humans are protected by the Earth’s natural magnetic shield, modern technology is not as safe.

Scientists have claimed that the neutrons, muons and pions can “flip” a bit of information, which could potentially force a computer to reboot, but more worryingly can cause a plane to turn off its autopilot mode and they have even changed the result of an election.

Professor Bharat Bhuva, from the Vanderbilt University, who has been studying the phenomenon, has warned that the problem is “growing and serious”.

Speaking at the annual meeting of the American Association for the Advancement of Science in Boston, Prof Bhuva said: “This is a really big problem, but it is mostly invisible to the public.

“The semiconductor manufacturers are very concerned about this problem because it is getting more serious as the size of the transistors in computer chips shrink and the power and capacity of our digital systems increase.

“In addition, microelectronic circuits are everywhere and our society is becoming increasingly dependent on them.”

When the cosmic rays interact with integrated circuit boards, it can cause the part that is carrying the information in the chips to malfunction in a process known as a single-event upset (SEU).

During a local election in Schaerbeek, Belgium in 2003, an SEU was responsible for giving a candidate an extra 4,096 votes – a mistake which was only spotted because the politician had seemingly received more votes than it deemed possible.

Even more worryingly however was an incident which occurred in 2008 when an SEU struck a Qantas passenger jet mid-flight, causing the plane to suddenly nose dive before the pilot took back control. Around a third of the passengers were injured, but it could have been much worse.

To prevent this happening in the future, professor Bhuva proposes that the circuits are triplicated, to minimise risk.

He said: “The probability that SEUs will occur in two of the circuits at the same time is vanishingly small.

“So if two circuits produce the same result it should be correct.”