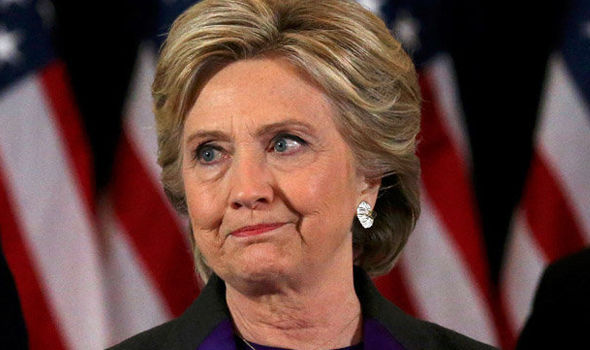 HILLARY Clinton could still become President of the United States because of a White House constitution loophole.

Although the Democrat only secured 228 electoral votes compared to Trump’s 290, there is a chance the former Secretary of State could still get into power.

According to the Constitution, even after the electorate has cast its vote, the decision is handed to representatives of each state – known as the Electoral College – who cast another vote determining who becomes president.

The electoral college, which consists of party members elected by local people to represent them in Congress, is set to meet on December 19 and although the electors traditionally support the will of the people, it is possible they could overturn the election result if enough vote are cast for Hillary Clinton.

Going against the popular vote, or abstaining from voting altogether, is known as going “faithless”.

But going faithless is incredibly rare, with more than 99 percent of electors throughout American history having voted as pledged, according to an analysis by the New York Times.

One Texas elector, Chris Suprun, a firefighter, said he finds Trump so unlikeable he would consider voting for his rival.

He said: “I’m not a professional politician. I’ve got no training on this one. The nominee is … saying things that in an otherwise typical election year would have you disqualified.”

And Georgian elector Baoky Vu, a Decatur businessman, said he has never been “on board” with Trump and said he would use his vote against the billionaire Republican.

He said: We hungered for the right to vote. I’m not going to throw that away.”

The last time an elector cast a “faithless” vote was in 2004, when an anonymous voter in Minnesota decided not to vote for Democrat John Kerry and instead cast a vote for Kerry’s running mate, John Edwards.

Faithless electors are technically barred from ignoring the will of voters in 29 states, but the penalties are light.

And faithless voters have never managed to reverse the result of an election.

But with the Democrat backlash against Trump and protesters voicing their anger across the country, the possibility of the loophole being exploited is gaining momentum.

However, even in the rare circumstances that electors cast a majority of faithless votes, their decision would still need to be approved by the Republican-controlled Congress, which set to meet on January 6.

The loophole was created by America’s Founding Fathers with statesman Alexander Hamilton stating that its purpose was to make sure “the office of President will never fall to the lot of any man who is not in an eminent degree endowed with the requisite qualifications”.