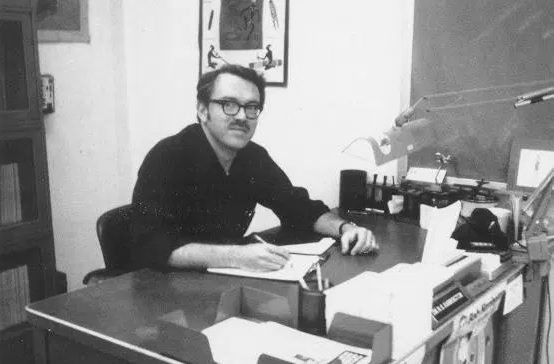 Could Mysterious Deaths of Scientists Who ‘Found Planet X’ Be Something Sinister?

STARGAZERS who allegedly found evidence of the mythical Planet X system have died in mysterious circumstances, it’s been claimed.

The shocking theory says the deaths are part of a “cover up to prevent the truth about the system, also known as Nibiru, getting out.

David Meade, author of Planet X – The 2017 Arrival, claims it will pass us next month, triggering the apocalypse.

NASA insists the Nibiru theory is an online hoax, and there is no proof it exists.

However, members of the so-called Nibiru Cataclysm movement say this is a cover-up to prevent panic and reserve space in underground bunkers for the world elite, according to Dailystar.co.uk.

Mr Meade claims any scientists who have broken the code of silence have “disappeared”.

He suggests Dr Robert Harrington, supervising astronomer US Naval Observatory – who claimed to have found proof of Planet X – and Australian astrophysicist Rodney Marks – who was working at a South Pole telescope – both died in mysterious circumstances.

Dr Harrington believed Planet X was an “intruder planet” that passed through our solar system – and said it was capable of supporting alien life.

Mr Meade said: “Have there been strange instances? Yes.

“Dr Harrington was mysteriously done away with in the 1990s before he could say anything and he was head of the naval observatory.

“Then you have the mysterious death in 2000 of an individual at the South Police telescope, who supposedly died of alcohol poisoning.”

As head of the US Naval Observatory, Dr Harrington was one of the leading astronomers in the US.

Along with James Christy, he discovered Pluto’s moon Charon.

He said the movement of the planets Uranus and Neptune and their moons pointed to another large planet beyond Pluto.

Dr Harrington was interviewed by Zecharia Sitchin, the first person to suggest the existence of Nibiru, in 1990.

He said they told of a giant planet called Nibiru that orbited the Sun every 3,600 years.

The planet – which was populated by an alien race called the Anunnaki – passed through the Solar System wreaking havoc.

Speaking to Mr Sitchin, he said: “If it is in the kind of orbit we describe here, it would have to be a planet that would have a mass something like three to five times the mass of Earth.

“This would put it intermediate between gaseous planets like Uranus and Neptune and the terrestrial planets we have in the inner part of the solar system.

“So if this planet turns out to be in a 3,600-year orbit, then its mass would be correspondingly larger.

“But we are talking about something that is a perfectly reasonable kind of planet that looks like a good nice planet.

“Small enough that it’s not going to be completely enveloped in gas.

“It’s perfectly capable of supporting lifeforms of one kind or another.”

Six months later, in January 1993 he died. The cause of death was revealed cancer – but conspiracy theorists have their doubts.

Some claim he was about to publish new observations he had made in New Zealand when he died.

Blogger Marshall Masters writes: “Harrington sent back reports of this ominous discovery, but died of what was reported to be oesophageal cancer before he could pack up his telescope and come home to hold what would have been a highly publicised press conference.”

Nibiru truthers claim the southern hemisphere, particularly around the South Pole, is the best place to see Nibiru, whose orbit around the Sun is said to be on a tilt to Earth’s.

Rodney Marks died at the South Pole while working on the Antarctic Submillimeter Telescope and Remote Observatory at the Amundsen–Scott South Pole Station.

The otherwise healthy 32-year-old collapsed while walking between the observatory and the base, became unwell over the next 36 hours and then died.

The National Science Foundation (NSF) – which runs the station – announced he had “died of natural causes” but his body wasn’t released for a post-mortem in New Zealand for six months.

The autopsy found he died of ethanol poisoning, but it was unclear how he consumed it.

He had a ready access to normal alcohol and had no personal problems, and the coroner said he couldn’t have drunk it accidentally.

New Zealand police said NSF was uncooperative, refused to give details of an internal report or say who was at the station at the time.

The coroner has never entered a final verdict on Marks’ death.

Dr Meade said: “He spent most of his time collected data on viewing conditions and the operations of the enormous infrared telescope.