Could The Mysterious Voynich Manuscript Really Be Just A Medieval Health Manual?

The Voynich manuscript is not an especially glamorous physical object. It is slightly larger than a modern paperback, bound in “limp vellum” as is the technical term. But its pages are full of astrological charts, strange plants, naked ladies bathing in green liquid, and, most famously, an indecipherable script that has eluded cryptographers to this day.

What could be so scandalous, so dangerous, or so important to be written in such an uncrackable cipher?

This week, the venerable Times Literary Supplement published as its cover story a “solution” for the Voynich manuscript. The article by Nicholas Gibbs suggests the manuscript is a medieval women’s-health manual copied from several older sources. And the cipher is no cipher at all, but simply abbreviations that, once decoded, turn out to be medicinal recipes.

The solution should be seismic news in the Voynich world—for medieval scholars and amateur sleuths alike—but the reaction to Gibbs’s theory has been decidedly underwhelming. Medievalists, used to seeing purported solutions every few months, panned it on Twitter. Blogs and forums started picking at its problems.

For one, the rather long-winded article features only two decoded lines of the Voynich manuscript. “The summary in the TLS is really too short to provide any serious analysis,” René Zandbergen wrote in an email. Zandbergen runs the popular website Voynich.nu, and he is a long-time researcher of the manuscript. As for what is in the TLS article, the criticism can be summed up as such: Not much in it is truly novel, but what is appears to be incorrect.

“Frankly I’m a little surprised the TLS published it,” says Lisa Fagin Davis, executive director of the Medieval Academy of America. When she was a doctoral student at Yale—whose Beinecke Library holds the Voynich manuscript—Davis read dozens of theories as part of her job. “If they had simply sent to it to the Beinecke Library, they would have rebutted it in a heartbeat,” she says. She told me that, by coincidence, she had dinner recently with Beinecke’s curator, who had not heard from TLS about the article. 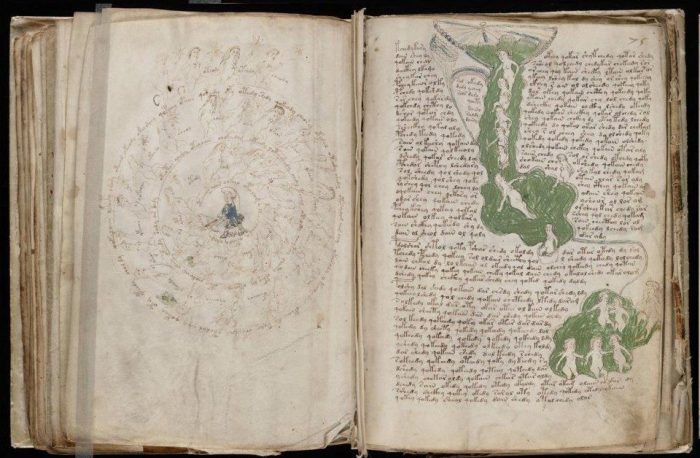 Gibbs’s article broadly consists of two parts. The first part details various old illustrations and writings from which the Voynich manuscript appear to be derived. In this section, Gibbs weaves in an impressive amount of autobiography, noting at various points that he is: a professional history researcher, muralist, war artist, former employee of Christie’s in the 1970s, and descendent of the great English herbalist Thomas Fromond—all of which are notable because they had some role in helping him find and interpret sources to solve the Voynich manuscript. (The style, which reminded me of Pale Fire, made some wonder if the whole article was just a work of satirical fiction.)

Taking it at face value, the problem with the first section, says Davis, is that little of it is new. Other scholars, cryptographers, and sleuths have looked at the illustrations of plants, astrological charts, and bathing and already surmised it has to do with health. For example, one of the texts where Gibbs finds illustrations matching up with the Voynich manuscript’s is De Balneis Puteolanis, a bathing guide. Voynich.nu, a popular website devoted to the Voynich manuscript, lays out the similarities between the two manuscripts.

In the second part—only two paragraphs long—Gibbs gets into the meat of his solution: Each character in the manuscript is an abbreviated word, not a letter. This could be a breakthrough, but the TLS presents only two lines decoded using Gibbs’s method. Davis did not find those two lines convincing either. “They’re not grammatically correct. It doesn’t result in Latin that makes sense,” she says. 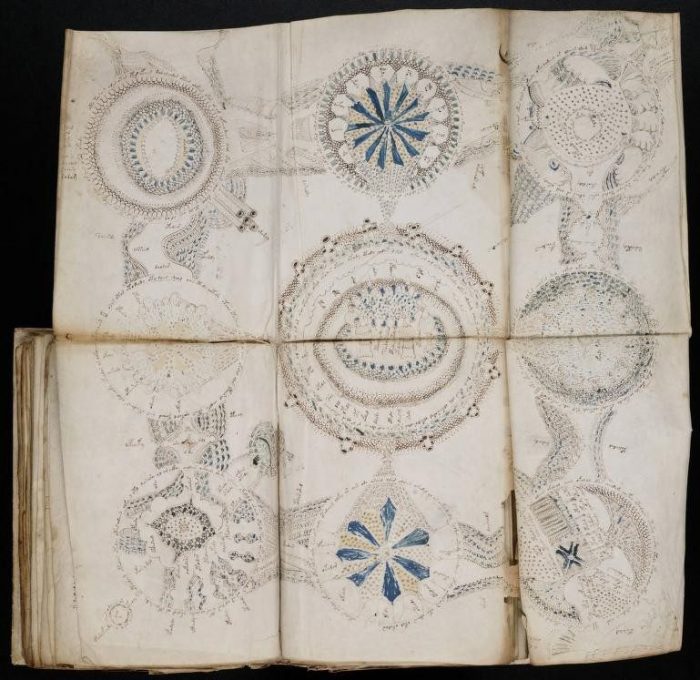 The lines are supposed to represent a generic medicinal recipe (like “take three leaves and five stems … ”) Gibbs goes on to note that the Voynich manuscript does not actually contain any words for illnesses or plant names. His explanation is that the index laying out which illnesses and which plants these recipes correspond to have been lost. To Davis, this represents a kind of magical thinking. “This is the piece that really killed it for me,” she says. Yes, there is evidence that the Voynich manuscript is missing pages and has been trimmed as it’s been rebound, but there is no evidence of an index. If Gibbs can present his theory in greater detail, like in a future book, Davis says she’d be open to it.

Some of the skepticism of Gibbs’s theory likely has to do with him being an outsider. He does not seem to be known to professional scholars or the amateur Voynich community. In an interview with the TLS podcast, Gibbs mentioned that he worked with the British Museum curator Irving Finkel, who is an expert in cuneiform but not of medieval manuscripts. Outsiders can make beginner mistakes, but they can also bring fresh perspectives, which the Voynich manuscript could certainly use.

The TLS’s presentation of the article—long on Gibbs autobiography and short on actual decoded lines from Voynich—does not help its case either. What does the manuscript say beyond those two lines? It may not make sense for the TLS’s print edition to devote an issue to decoding the entire Voynich manuscript. But given the nearly infinite space of the internet, theTLS chose to present the same graphic of the two decoded lines it ran in print—only smaller and grainier to fit its web layout, much to the irritation of online readers. The TLS did not immediately respond to The Atlantic’s request for comment.