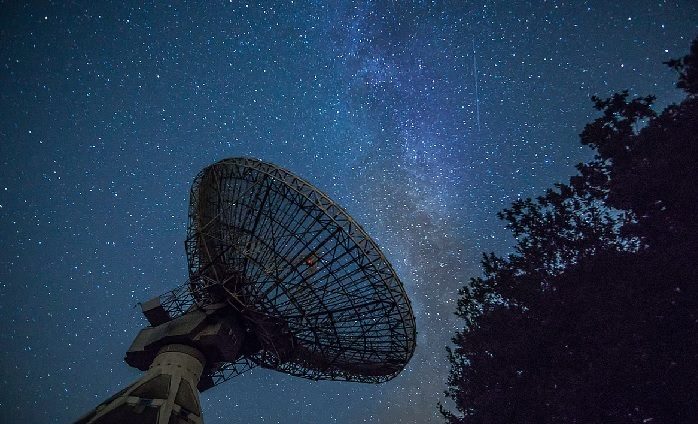 Could We Detect Alien Probes that are Inside Our Own Solar System ?

“…what if there are alien probes in our solar system, right now, that are sending signals, not towards us, but away from us out into the cosmos ?”

Scientists have been aiming to bring the hunt for intelligent alien life a little closer to home.

The question of whether we are alone in the universe remains one of the biggest philosophical conundrums of our time. While it seems almost inconceivable that our civilization is alone in the cosmos, the fact still remains that we have yet to see any evidence to the contrary.

But while astronomers have spent decades searching for evidence of intelligent extraterrestrial life among the stars, a recent study by two researchers from the University of Liege and the Massachusetts Institute of Technology (MIT) has the potential to turn this notion completely on its head.

Instead of listening out for signals being sent towards us, the study’s authors have looked at things from a different perspective – what if there are alien probes in our solar system, right now, that are sending signals, not towards us, but away from us out into the cosmos ?

Assuming that these probes have set up a way to communicate with their creators, it should – in theory – be possible to listen out for the signal that they are sending.
To forward a signal into deep space, it has been proposed that these alien probes could have set up a galaxy-spanning communication network that uses stars as gravitational lenses.

Based on this, the authors argue, the best place to look for evidence of alien communications is the red dwarf star Wolf 359 which is situated approximately 7.9 light years away.

“The Earth should lie once per year in the communication beam of the putative solar probe emitting towards Wolf 359,” said study co-author Michael Gillon.

“I made some computations that made me conclude that if the probe emits to Wolf 359 in the optical range when the Earth is in its beam, we should be able to detect its emission even with a modest-size telescope.”