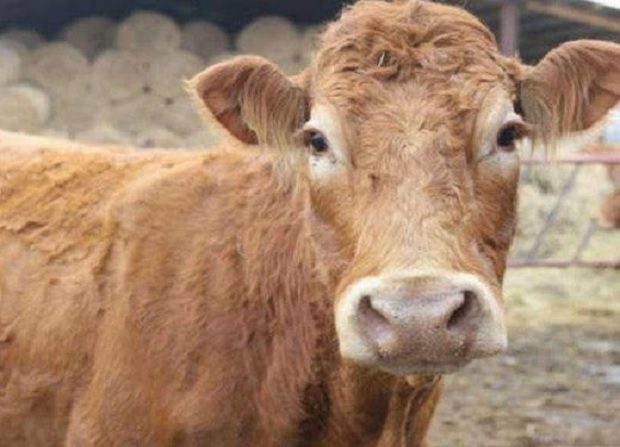 Well done fellow creature 🙂 It would be wonderful if this could become a normal occurrence. Sad that she is living alone now though.

The cow appears to have won its right to live after a campaign by politician.

A cow has been living alone on an island, attacking anyone who comes near, after staging a miraculous escape on its way to a slaughterhouse.

The animal made its bid for safety last month after it refused to get into a lorry taking it to be killed for meat. Instead it rammed a metal fence before making a dash for the nearby Lake Nysa, south Poland.

After the cow’s owner, known only as Mr Lukasz, attempted to get it back to the farm, the cow broke one of his worker’s arms, according to Polish news show Wiadomosci.

It then entered the water and swam to one of the islands in the middle of the lake. Mr Lukasz said he even saw it dive underwater on its way.

After a week of trying and failing to get the cow back, Mr Lukasz gave up and began making sure it was fed enough food to stay alive instead.

When firefighters used a boat to get to the island, the cow swam about 50 metres to a neighbouring peninsula. Pawel Gotowski, deputy commander of the fire brigade in Nysa, said the animal was frightened but healthy.

A vet called in to tranquillise the animal told Mr Lukasz he had run out of gas cartridges, and that it would take several days to get new ones.

Despite the farmer considering having it shot dead, a political leader in the town of Nysa, Czeslaw Bilobran, has reportedly said the cow will live out its life in peace.

Politician and former singer, Pawel Kukiz, raised the animal’s plight on Wednesday in a Facebook post in which he offered to pay for the “hero cow” to be saved from death.

“She escaped heroically and infiltrated the island in the middle of the lake, where it remains today,” Mr Kukiz said, according to Polish news magazine Wprost. “She did not succumb to firefighters who wanted to transport her by boat and she was still on the battlefield.

“I am not a vegetarian, but fortitude and the will to fight for this cow’s life is invaluable. Therefore, I decided to do everything to cause the cow to be delivered to a safe place and in the second stage, as a reward for her attitude, give her a guarantee of a long-term retirement and natural death.”